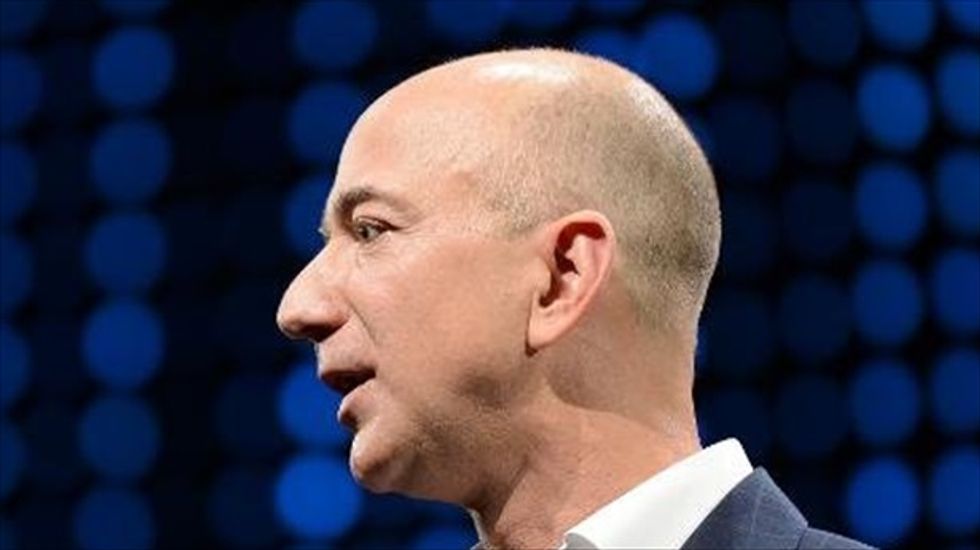 Amazon boss Jeff Bezos' wife gave a book about her husband and his company a paltry one star, in a withering review posed on the online retailer's website.

MacKenzie Bezos gave the lowest one out of five rating for "The Everything Store: Jeff Bezos and the Age of Amazon," by Brad Stone, which nonetheless has an average of 4.5 stars since being published in mid-October.

She claimed it contains a series of factual errors, and accused the writer of constantly highlighting "tension" at Amazon while referring dismissively to anyone who had anything good to say about the company.

"I have firsthand knowledge of many of the events... I was there when he wrote the business plan," she wrote, citing a reference to Bezos having read "Remains of the Day" by Kazuo Ishiguro shortly before he decided to launch Amazon.

"It's not true. Jeff didn’t read 'Remains of the Day' until a year after he started Amazon," she said, noting that she and Bezos had been married for 20 years.

Overall the book by Stone, a senior writer for Bloomberg Businessweek according to his mini-biography on Amazon, was well received on Amazon, with a number of other rave reviews -- about two thirds of them giving it the top five star rating.

The New York Times called it "a dynamic portrait of the driven and demanding Mr Bezos," while Walter Isaacson, who wrote the best-selling biography of Apple icon Steve Jobs, said Stone "captures (Bezos') passion and brilliance in this well-reported and compelling narrative."

Mrs Bezos was among only two one-star reviews so far.

"While numerous factual inaccuracies are certainly troubling in a book being promoted to readers as a meticulously researched definitive history, they are not the biggest problem here," she wrote.

"The book is also full of techniques which stretch the boundaries of non-fiction, and the result is a lopsided and misleading portrait of the people and culture at Amazon."

She continued: "An author writing about any large organization will encounter people who recall moments of tension out of tens of thousands of hours of meetings and characterize them in their own way, and including those is legitimate.

"But I would caution readers to take note of the weak rhetorical devices used to make it sound like these quotes reflect daily life at Amazon, or the majority viewpoint about working there."