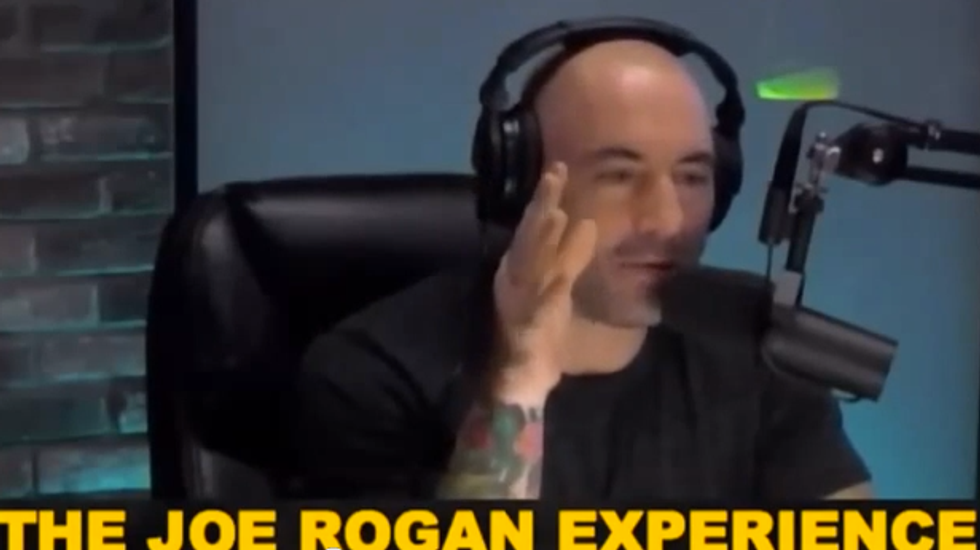 Actor and comedian Joe Rogan called opponents of same-sex marriage “weak-*ss b*tches” with arguments so terrible they seem intended to discredit their beliefs.

Rogan, who appeared in the NBC sitcom "NewsRadio" and hosted the network’s "Fear Factor" reality show, was discussing opposition to same-sex marriage on an episode of his Joe Rogan Experience podcast.

Rogan dismissed arguments that same-sex marriage might somehow cost taxpayers more money, and he said most warnings about its societal cost were so ridiculous that they sounded made up by gay rights advocates to discredit their opponents.

Rogan told a story about how he moved from San Francisco to Florida as a child and immediately learned his new home was less tolerant than his previous one.

The 46-year-old Rogan recalled a friend’s dad reading about gay rights advocates pushing for the right to marry, slamming down the newspaper in anger and complaining bitterly.

“I was 11, and I was like, what a silly man you are,” Rogan said. “You’re a grown man and this is something that bothers and concerns you? I remember thinking as an 11-year-old boy, wow, there’s a lot of weak-*ss b*tches out there posing as men.”