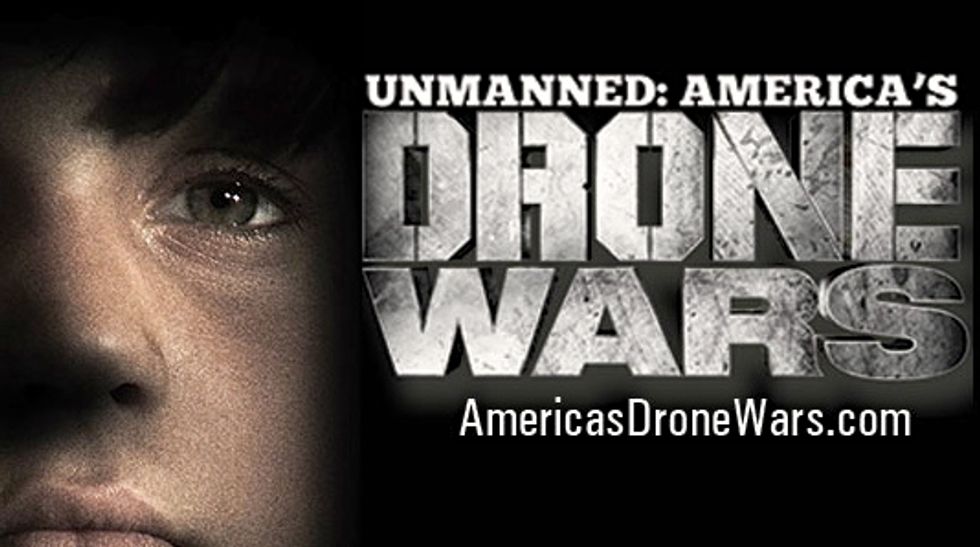 On October 29, 2013, at the invitation of Congressman Alan Grayson, Pakistani survivors of a U.S. drone attack testified at a Congressional briefing. You can watch their full testimony below:

Unmanned investigates the impact of U.S. drone strikes at home and abroad through more than 70 separate interviews, including a former American drone operator who shares what he has witnessed in his own words, Pakistani families mourning loved ones and seeking legal redress, investigative journalists pursuing the truth, and top military officials warning against blowback from the loss of innocent life. Retired Army Colonel Lawrence Wilkerson, Code Pink Co-founder Madea Benjamin and journalist Glenn Greenwald are among those featured.

On Tuesday, November 12, 2013 at 9 pm ET/ 6 pm PT, the Raw Story community will be treated to an online screening of Unmanned, followed by an exclusive Q&A with

Space for this exclusive event is limited to the first 2000 Raw Story readers who sign up below.