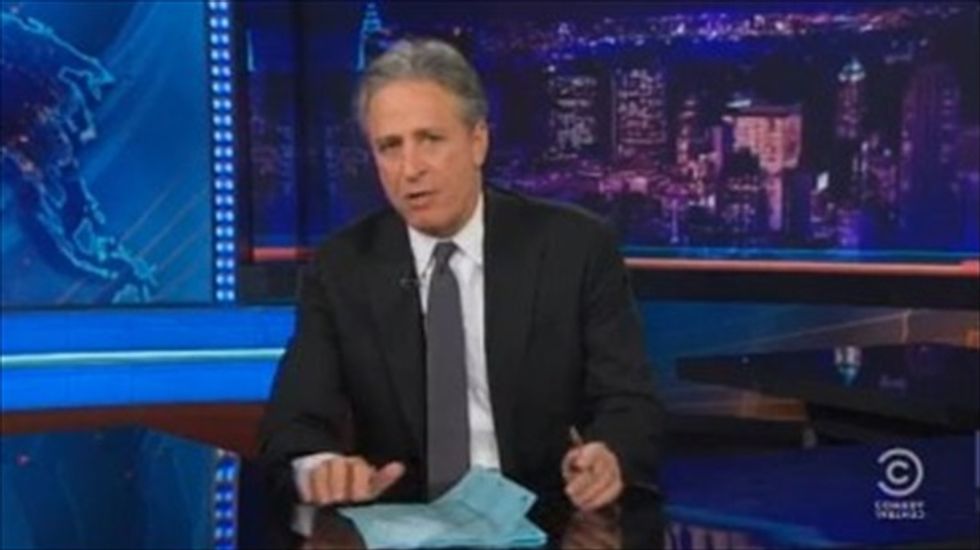 Jon Stewart and his Daily Show panelists agreed on Wednesday night: the coverage of Tuesday's electoral races was laughably focused on pie-in-the-sky predictions for the 2016 election cycle.

"The media spends months and months speculating on what's going to happen in this election, what might happen to this election," Stewart told Jason Jones, Al Madrigal and Aasif Mandvi. "Then on the eve of the election they spend 10 minutes reporting on what actually happens, and then jump back into what it means for the next election."

"F*ck those guys," "Sir" Mandvi yelled, an assessment that turned out to be the last thing upon which the four men could agree.

What Terry McAuliffe's gubernatorial win in Virginia over Attorney General and "sodomy opponent" Ken Cuccinelli (R) proved, Mandvi said, was that Democrats would nominate him to run for president.

"He only won one election," Stewart insisted, only for Jones to pipe in with, "It's math, Jon."

When Stewart followed Mandvi's logic and asked if this meant New Jersey Gov. Chris Christie (R) was in line for the Republican nomination based on his re-election win, Jones could only smile and explain to "sweet, sweet brain-damaged Jon" that he was thinking of the wrong northeasterner.

"Christie? No, open your ears, man," Jones demanded. "The next president of the United States is [New York Jets head coach] Rex Ryan -- a blue-blooded northerner, big salty presence and has the fluctuating weight that America's electorate is clearly clamoring for."

For his part, Madrigal pushed the theory that "sasquatch of a man" Bill de Blasio was the kind of candidate Democrats should follow, based on his easy victory in New York City's mayoral race -- if, Madrigal stipulated, "they were married to a former Black lesbian."

"Do I?" Madrigal asked in response.