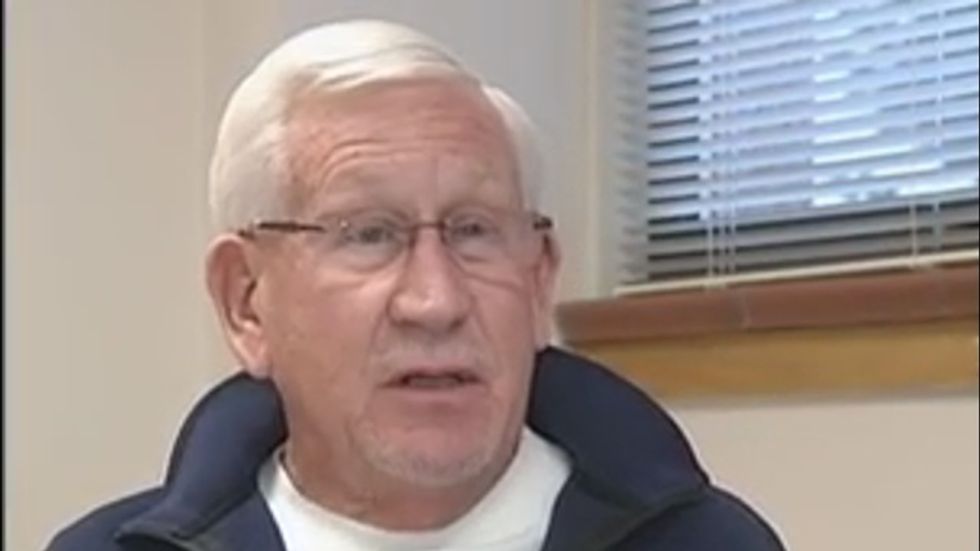 A Montana country treasurer who was caught sending racist and homophobic emails about President Barack Obama has said he will retire immediately if the county pays him about $90,000.

In a November 2012 email, Yellowstone County Treasurer Max Lenington -- who also serves as the the county treasurer, assessor and superintendent of schools -- complained that there were "more lesbians, queers, Indians, Mexicans and n****** than the rest of us!"

After a public information request by the Billings Gazette showed that Lenington had used his government account to send the email, he accused the "the liberal left-wing news media" of "purposely and intentionally deceiving us and not telling the truth about" the president.

In an email obtained by the Gazette this week, Lenington told Yellowstone County commissioners that he would be willing to "retire as gracefully as possible" if the they agreed to pay him for his last year in office. Lenington's salary is $90,054 a year.

Commissioners voted at their weekly meeting on Tuesday to turn down the 92-year-old treasurer's offer.

"I’m going to make a motion to deny that,” Commissioner John Ostlund remarked.

“I would accept Mr. Lenington’s resignation, but I’m not willing to pay out anything on that," Commisioner Bill Kennedy agreed.

But Lenington didn't have the spotlight all to himself in Montana this week.

“Why is a seat belt required to be worn to keep us safe in a car, but not on a bus?” he wrote in an email asking supporters to attend his trial. “Why are we allowed to rock climb, snow ski, water ski, hang glide, hunt and eat candy bars? Why is it not unlawful to refuse medical advice?"

“Are we ready to be told by government that we cannot drink an extra large pop?”

In the end, French was found guilty and ordered to pay $70 in fines and court costs, plus the overtime of the officer that was forced to testify at his trial.