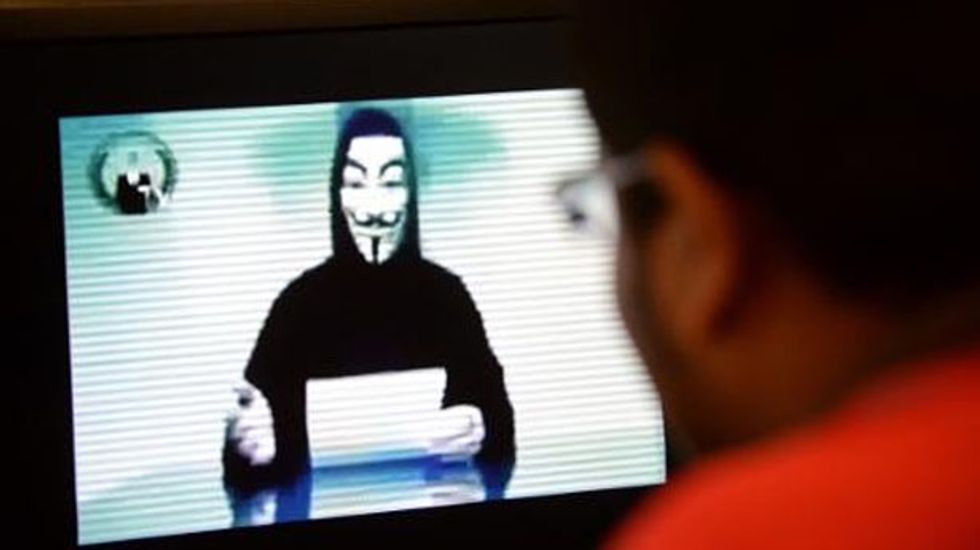 The Singapore government said Monday it was on "heightened vigilance" following threats from the activist hackers' group Anonymous, but denied that any of its websites had already been compromised.

The statement by the Infocomm Development Authority (IDA) came as Singapore's biggest publisher confirmed users were having difficulty accessing some of its online sites, although no group has claimed responsibility for the incidents.

A person claiming to be from Anonymous last Friday hacked a reporter's blog on the website of the pro-government Straits Times newspaper, and warned of further attacks as it demanded greater Internet freedom in the strictly governed city-state.

In a video clip posted on YouTube on Thursday, a masked person claiming to represent Anonymous also warned the Singapore government it faced cyber attacks from the group unless it scrapped new rules requiring annual licences for news websites.

"The Singapore government takes cyber security and threats to its ICT (information and communication technology) infrastructure very seriously," the IDA said in a statement.

"Government agencies have been on heightened vigilance and have enhanced the security of their IT (information technology) systems in response to the declared threats against the government's ICT infrastructure."

It said however that the inaccessibility of several government websites on Saturday was not the result of hacking but was due to a glitch that occured while maintenance was being carried out as part of the government's efforts to enhance security.

"Over the next few days, while maintenance is in progress, some government websites may continue to experience intermittent access," it said.

Singapore Press Holdings, which publishes the Straits Times, said some readers had difficulty accessing the straitstimes.com website late Sunday and on Monday morning.

It said it was investigating.

In Thursday's YouTube posting, a computer-altered voice accompanied by an image of a person wearing a Guy Fawkes mask, the international symbol of Anonymous, urged the Singapore government to lift new rules for news websites which critics say curtail Internet freedom.

"We demand you reconsider the regulations of your framework or we will be forced to go to war with you," the voice said, addressing the government.

"Every time you deprive a citizen his right to information, we will cause you financial loss by aggressive cyber intrusion."

Blogs and social media have gained popularity as alternative sources of news and opinion in Singapore, where mainstream newspapers and broadcasters are perceived to be pro-government.

Authorities have said the new licensing rules provide clarity on existing standards for Internet content, and do not impinge on Internet freedom.