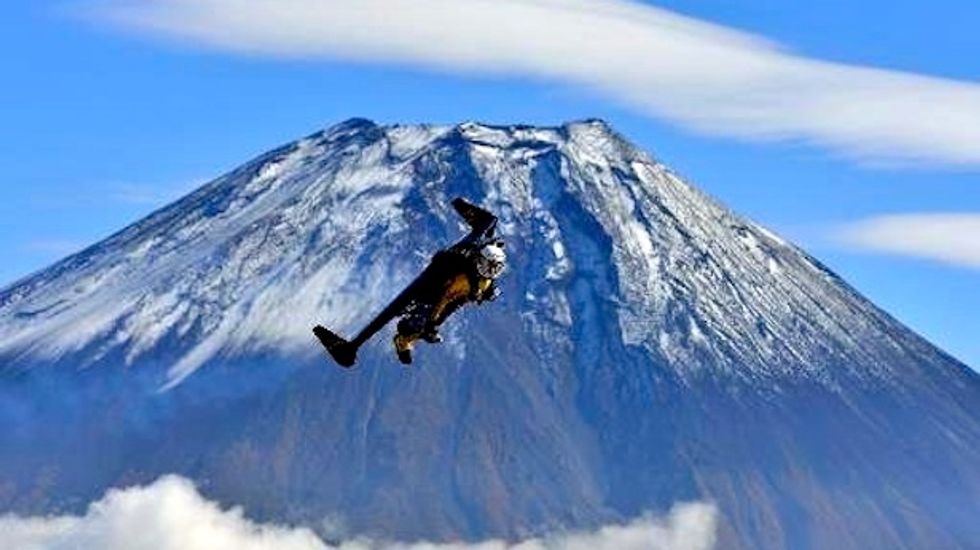 Swiss aviator Yves "Jetman" Rossy, whose jet-engine powered wings have taken him over some of the world's most awe-inspiring places, has added another -- Japan's Mount Fuji.

"It's a fantastic privilege to be a little mosquito flying in front of that big mountain," the 54-year-old former Swiss air force pilot said Wednesday.

Rossy, with a 60-kilogram (132-pound) kit strapped on his back, circled the country's highest and most revered mountain nine times over one week until last Sunday.

In each flight lasting about 10 minutes, he dived from a helicopter, soared as high as 3,657 meters (12,000 feet) and parachuted back to earth from an altitude of around 800 meters.

The seasoned aviator, currently a captain with Swiss International Air Lines on sabbatical leave, said the 3,776-meter Mt Fuji had been an awe-inspiring location.

"It's really impressive. It's a perfect form, a huge mountain, a huge volcano, a presence that you can feel on ground and also in the air."

In previous stunts Rossy has crossed the English Channel, flown over the Grand Canyon and soared above the scenic Brazilian city of Rio de Janeiro, as well as flying in formation with jet airplanes and a Spitfire fighter.