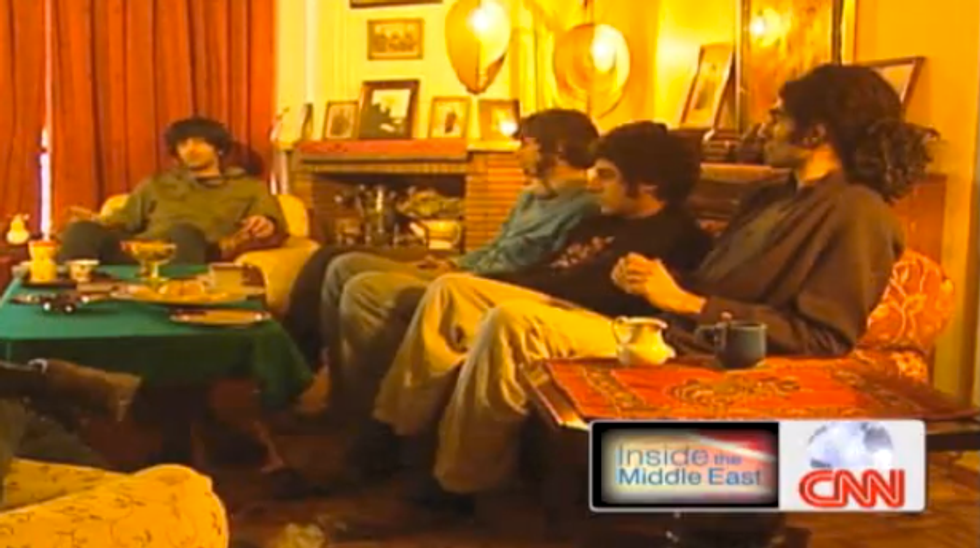 Two members of an indie rock band that originated in Iran and another musician were shot to death by a former friend who then turned the gun on himself, police said.

Investigators said Raefe Ahkbar moved from floor to floor in a three-story East Williamsburg building early Monday morning and fatally shot two members of the band Yellow Dogs and another Iranian musician and wounded another person before shooting himself to death with the .308-caliber rifle.

The weapon was found near Ahkbar’s body on the rooftop of the building.

The band was founded in 2006 in Tehran, where the musicians had to soundproof their practice space and play secret shows to avoid detection by repressive government authorities.

All of the band members had arrived in the U.S. within the past several years from Iran, where the government disapproves of rock music, and found an audience at the 2010 South By Southwest music festival and opened for bands such as Black Lips.

Authorities said Ahkbar had fallen out Yellow Dogs within the past year for selling band equipment without the musicians' knowledge.

Sasan Sadeghpourosko, 22, was shot twice in the right arm and hospitalized in stable condition.

The gunman also shot at but missed two other people who hid in a bathroom.

Watch this video of the band's song, "This City," posted online by looloooooooooooo888:

Update: The band issued a statement clarifying Ahkbar's relationship to Yellow Dogs and the identities of the slain musicians.