Toronto Mayor Rob Ford: 'Yes, I have smoked crack cocaine,' 'probably in one of my drunken stupors' 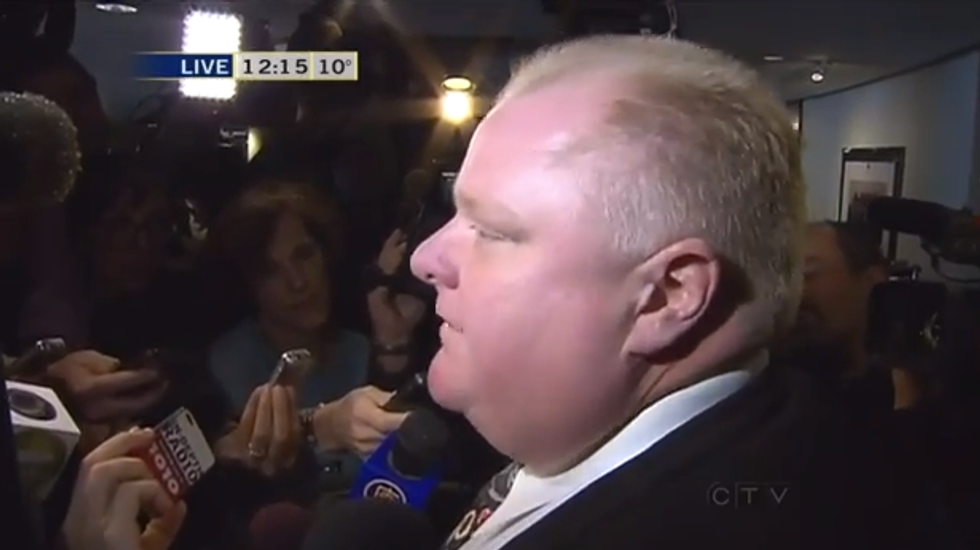 After months of speculation and denial, Toronto’s mayor admitted to smoking crack cocaine while already intoxicated.

Mayor Rob Ford asked a reporter during a news conference Tuesday to ask whether he’d ever used the drug, and the reporter obliged.

“Yes, I have smoked crack cocaine,” Ford said, but denied he had a drug problem.

“Am I an addict? No. Have I tried it? Um, probably in one of my drunken stupors, probably approximately about a year ago,” the mayor said.

Ford denied that he’d lied during previous denials about his actions after reports surfaced in May that a cell phone video apparently showed him smoking crack.

He again denied having a drug problem and said he hoped to put the episode behind him.

“No, I’m not an addict and no, I do not do drugs,” Ford said. “I made mistakes in the past and all I can do is apologize, but it is what it is, and I can’t change the past.”

Ford's admission comes after months of speculation that began in May of this year when reports surfaced that a video exists that shows the mayor smoking what appears to be crack cocaine.

Police announced last week that they’d obtained the video during an investigation of Ford’s friend, and the police chief confirmed it showed the mayor smoking crack.

Ford’s brother, a Toronto city councilor, suggested earlier Tuesday the police chief resign over his handling of the video.