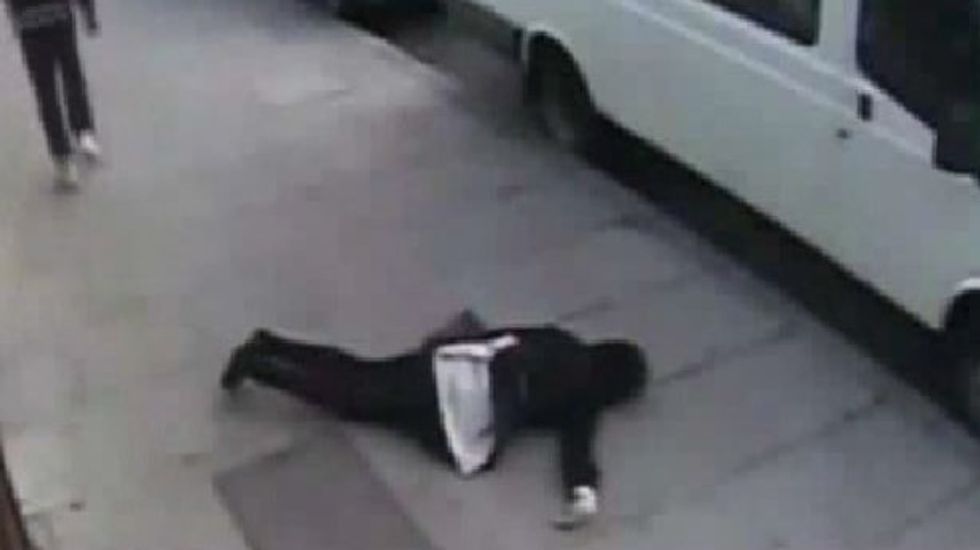 Anyone who’s spent much time looking at Internet or television news in the past week or two has likely heard about “the knockout game,” the latest urban crime phenomenon that’s stoking fear of black teens and providing a topic of uncomfortable conversations with reactionary relatives at Thanksgiving gatherings.

But it’s not really a game, it’s not new and it’s not a trend.

Media outlets have reported in recent weeks that young people have been randomly assaulting strangers as they attempt to knock them out in one punch or gang up on their targets to see who can knock them out first.

Pundits, such as Mark Steyn of National Review Online, warn that “groups of black youths roam the streets looking for a solitary pedestrian, preferably white (hence the alternate name ‘polar-bearing’) but Asian or Hispanic will do … Widely available video exists of almost all Knockout incidents, since the really cool thing is to have your buddies film it and upload it to YouTube. And it’s so simple to do in an age when every moronic savage has his own ‘smart phone.’”

Incidents have been reported in cities across the country in recent weeks, although the phenomenon has been reported at least as far back as 2011, when a 72-year-old Vietnamese immigrant was killed as part of a “knockout king” attack in St. Louis.

Elex Murphy, 20, was sentenced earlier this year to 55 years in prison for second-degree murder and other charges in the slaying of Hoang Nguyen.

While some of the attacks are real, including a spate of recent assaults centered around Brooklyn’s Crown Heights neighborhood, some clearly false reports have made headlines during November sweeps month, when television ratings are calculated to determine advertising rates.

A story about a 93-year-old St. Louis woman who shot and killed a man playing the knockout game turned out to have been written by a satirical writer in hopes of catching the attention of The Onion or "The Daily Show."

A similar story about a 60-year-old woman who shot two teens, killing one, as they tried to attack her includes some names but no location details and also appears to be a hoax.

“We’re trying to determine whether or not this is a real phenomenon,” Police Commissioner Ray Kelly said Friday. “I mean, yes, something like this can happen. But we would like to have people come forward and give us any information they have.”

Kelly said Tuesday that eight incidents were being investigated as possible knockout game attacks, but he said each case had elements that could keep it from being classified as part of an organized game.

"Sometimes there is more to it than just an individual going up to someone and punching someone," Kelly said.

The New York Times examined a 2012 case from Pittsburgh, where 50-year-old high school teacher James Addlespurger was knocked to the ground by an assailant among a group of young men walking through an alley.

The case is frequently classified in media reports as part of a knockout trend, but police said the assailant insisted the attack wasn’t part of an organized game.

“This was just a random act of violence,” said Police Commander Eric Holmes last year in a televised interview. “He stated that he was just having a bad day that day,” saw Addlespurger, “and decided this was a course of action he was going to take.”

Other reports have shown teenagers in Jersey City, New Jersey, talking about knockouts, sometimes in shockingly insensitive terms, but none of them described it as being a game.

"You just knock them out,” one teen told the station. “You hit them with a blow and you take their belongings.”

But reports about the game usually note that robbery or theft is not a motive in the attacks, and a police spokesman from Jersey City said there hadn’t been a single reported “knockout” incident in the city.

“If there ever was an urban myth, this was it,” said police spokesman Bob McHugh.

The report prompted a Jersey City Council member to assure residents in a Facebook post that “there have been NO reported instances of this type of assault.”

The panic also spurred a New York lawmaker to propose a bill that specifically targets the knockout game.

The bill, proposed by Assemblyman Jim Tedisco (R-Schenectady) imposes 25-year sentences for participants and prison terms for anyone who records or watches the attacks, but the measure appears to be a solution in search of a problem – just like your holiday discussions about the knockout game will be a conversation looking for a topic.

If you must talk about it while watching Thanksgiving Day football games, you can cite the conclusion drawn by columnist Matthew Yglesias – who actually was the victim of such an attack two years ago near his Washington, D.C. home.

“Rather than remarking on man's cruelty to man as a general phenomenon, it's more alarming to devise this specific pseudofactual narrative,” Yglesias wrote.

In other words, people have always had the capacity and comportment to hurt other people, sometimes for absolutely no reason at all.