Black Republican: What has Obama done for the Black community? 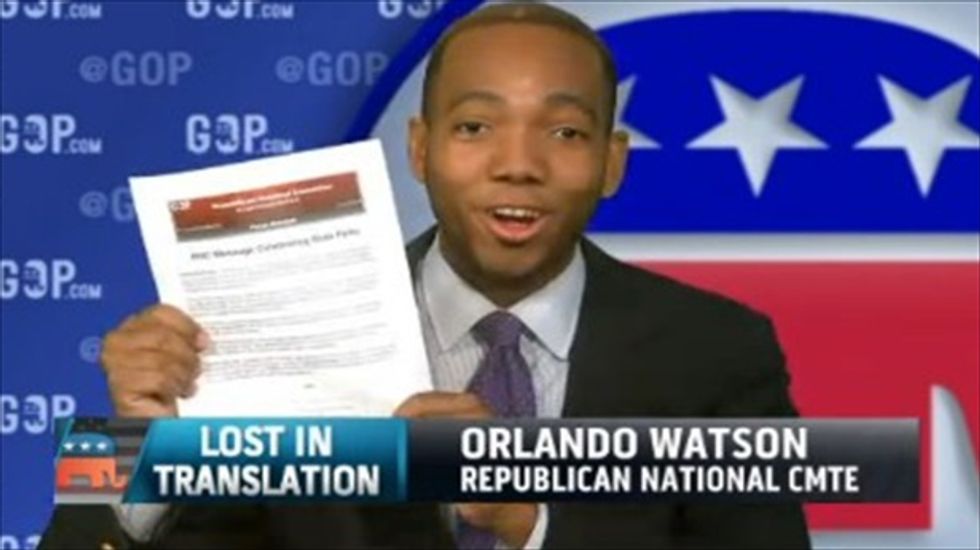 A spokesperson for the Republican National Committee (RNC) deflected criticism over the party's public statement regarding Rosa Parks on Wednesday by trying to paint the Affordable Care Act (ACA) as a problem for the Black community, which he suggested has been ignored by President Barack Obama and his Democratic party.

"Why didn't the jobs act pass in the House?" Roberts asked, alluding to the STEM Jobs Act, which was defeated in Sept. 2012 after failing to gain a two-thirds majority.

"You can ask House Democrats," Watson replied. At the time, criticism of Rep. Lamar Smith's (R-TX) proposal centered on the fact that it would have eliminated the diversity visa program that was included in a similar bill by Rep. Zoe Lofgren (D-CA). Watson then accused Obama's policies of relying on "tax-and-spend" economics, while Republicans were focused on renewing "that entrepreneurial spirit that makes America great."

Watson also avoided responding to criticism of the RNC's online mishap on Sunday, in which the party thanked Civil Rights activist Rosa Parks on Twitter "for ending racism," particularly former RNC chair Michael Steele's statement that it displayed the lack of "a Black voice" to filter out those kinds of messaging errors. Instead, Watson produced a statement he said the party sent before the errant Twitter post.

"Talking about a typo and a tweet, it's old news," Watson told Roberts.

Watch Roberts' interview with Watson, as aired on Wednesday, below.