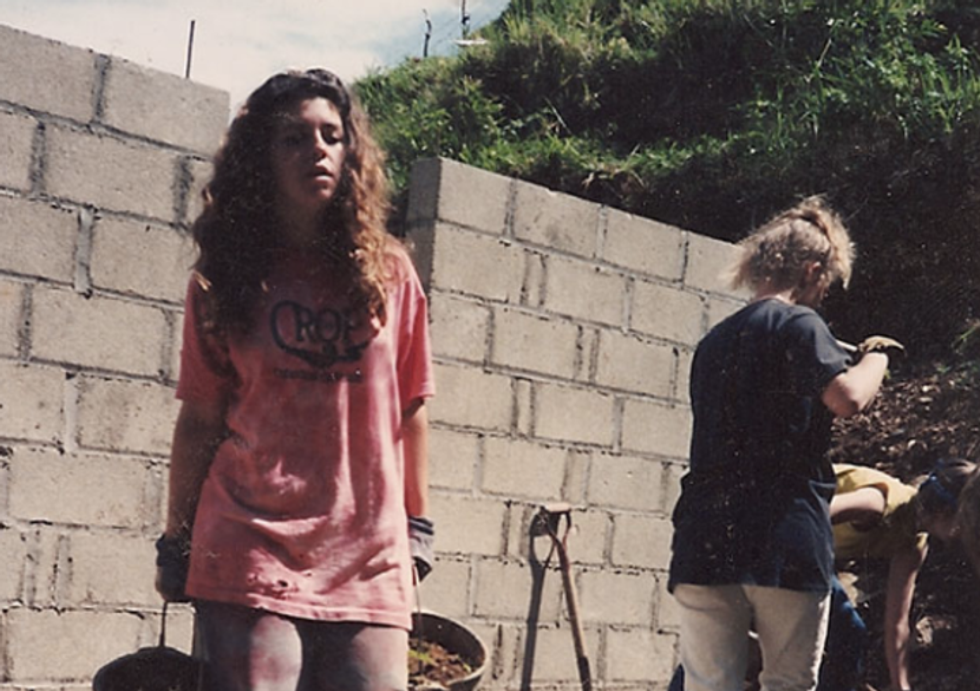 "Kidnapped for Christ" is a new documentary that tells the story of teenagers sent to an evangelical Christian boarding school outside the U.S. where school personnel attempt to rid them of feelings of same sex attraction or other "ungodly" influences.

"They mess your mind up," said former student Deirdre Sugiuchi to Raw Story. "Prisoners have more freedom than we had."

The "school" is Escuela Caribe, an evangelical Christian reform school that is run like a prison camp by an organization called New Horizons Youth Ministries.

Many of the students are the children of Christian parents who believe their sons and daughters' nascent feelings of same sex attraction can be eliminated by the school's program of Bible study, brutally hard work, exercise and physical punishment to break the students down.

Other students, like Sugiuchi, were the children of well-to-do evangelicals who were just being normal teens.

"My parents were fundamentalist Christians," she said, "and they didn't like the way I was turning out."

So, at 15, Sugiuchi was sent to school in the Dominican Republic at Escuela Caribe. There were only about 40 students at the school at any given time, she said, and from the moment students arrive they are placed on a stringent system of punishments and rewards.

"When you start at zero level, you then had rules about who you could look at," she explained. "You couldn't talk to members of the opposite sex until you were on second level and you had to fulfill a wide variety of requirements to move up."

"At zero level, you'd have to be three feet away from a staff member or a supervisor at all times. You had to ask to go from room to room. It was insane," she said. "Prisoners actually have more freedom than we had."

Sleep deprived and worked to exhaustion, the students are fed on a diet of "sugar and fat," Sugiuchi said. "It was in no way adequate to the amount of manual labor we were doing. We weren't getting the nutrients we needed."

While only one student is known to have died at Escuela Caribe in a flash flood, Sugiuchi said that school officials pushed the students to the very brink of their physical endurance in order to make them more malleable and open to what she called a program of straightforward "brainwashing."

"They mess your mind up," she said. "The whole time I was down there I thought, 'This is all going to be for the good, I must be living through this for something,' but instead I came out incredibly traumatized."

"People get sent off to these places and it ruins them," she said. "I'm lucky. A lot of my friends have serious drug problems, broken relationships, broken lives, suicides, you name it."

Treatment of the kids at Escuela Caribe often hinged on the moods and caprices of staffers, she said, so it would be hard to say who had it the worst at the school. LGBT students, however, were consistently singled out for abuse.

"That's the thing," she said, "the kids that were gay, most of the time they were picked on, and always kept on lower levels."

Sugiuchi is currently working on a book, Unreformed, about her experience at Escuela Caribe. The film "Kidnapped for Christ" is premiering at the next Slamdance Film Festival, the rebel indie festival that now runs alongside the Sundance Film Festival in January. She hopes to raise awareness of these programs, which have deep ties to groups like Focus on the Family -- who referred her parents to New Horizons Youth Ministries -- and the Republican Party.

"If you follow the money, you'll see that the Republicans are so, so in bed with these people," she said. The Romney family contributes heavily to the World Wide Association of Specialty Programs (WWASP), an umbrella organization for evangelical reform schools like Escuela Caribe -- which was briefly closed down, then reopened under the name Crosswinds -- and their Mormon equivalents.

Someday, she said, she hopes to see legislation against people sending their children to these types of schools, "but the legislation always gets stalled," she said.

Watch the trailer for "Kidnapped for Christ," embedded below: