Director to Raw Story: Exposé on brutal Christian school cost me my faith 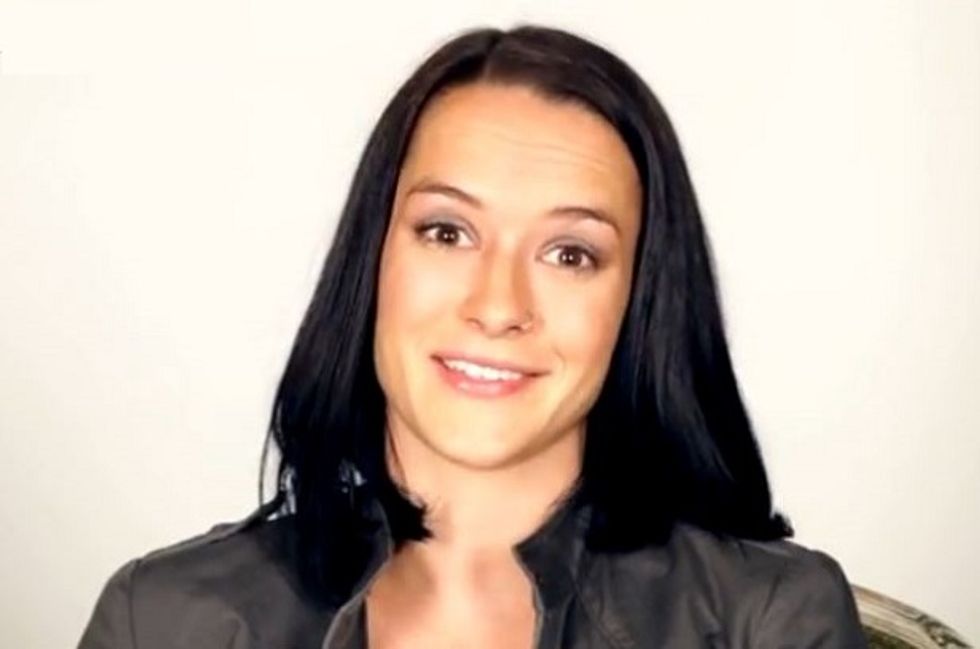 Kate Logan, the director of "Kidnapped for Christ," a documentary exposé about a brutal offshore Christian reform school, said that she lost her Christian faith in the course of making the film.

In an interview with Raw Story, Logan opened up about how her initial intent was to make a documentary praising the school, but that the façade the Escuela Caribe presented to the world quickly crumbled when she began to interact with the students.

She first became interested in the school and New Horizons Youth Ministries at the age of 18 in 2004.

"I was a missionary working in the area," she said. Escuela Caribe is located in the Dominican Republic, one of the most impoverished areas of the world. "And I found out about the school because you tend to notice other Americans there."

When she first heard of the program, it sounded great.

"They told me the school was a place for kids that would either end up in jail, on the streets or dead, kids that were really in trouble," Logan said, "And I thought to myself, what a great program, where kids can learn about another culture and get away from bad influences back home."

A few years later, Logan was in film school and thought, "Hey, that would be a good project, to go down and make a short, kind of heartwarming documentary about these rough-and-tumble kids learning about Dominican culture together and getting therapy."

"I had no idea what the school was really like or what their history was," she said.

But as she began to do research, to film and meet with former graduates of the program, she said, "Slowly the story kind of unravelled about what was really going on at the school and all its dark past and what was still going on at the time."

Students at the small school are consigned to life in a rigidly codified set of levels. As former student Deirdre Sugiuchi told Raw Story on Friday, “When you start at zero level, you then had rules about who you could look at. You couldn’t talk to members of the opposite sex until you were on second level and you had to fulfill a wide variety of requirements to move up.”

“At zero level, you’d have to be three feet away from a staff member or a supervisor at all times. You had to ask to go from room to room. It was insane,” she said. “Prisoners actually have more freedom than we had.”

Former students told tales of being prey to every sadistic whim of their superiors, of beatings and punishing exercise regimes, as well as endless work projects that the students were never compensated for.

"All of their stories were so similar," said Logan, "that it was clear this wasn't just one person exaggerating or one incident that happened one time. The abuses were systematic."

The school's program, she said, hasn't changed, in spite of the fact that it shut down and reopened under a new name, Crosswinds. Crosswinds still works from same charter it used to and maintains the strict level segregation between students.

Believing that she was still making a pro-Escuela Caribe film, the school staff gave her full access for student interviews. Very quickly, Logan said, she began to see signs that all at the school was not as administrators promised.

"There were just a lot of things that were very obviously wrong right away," she said.

Two students spoke particularly honestly to the documentary team: 17-year-old David, sent to Escuela Caribe because his parents thought he was gay, and 16-year-old Tai, who was African-American and outspoken, the latter trait landing her in frequent trouble at the school.

"We got really lucky with David and Tai," Logan said. "Because David had only been there four or five weeks, so he wasn't completely terrified yet of the insanity there. He still had hope, I guess?"

"Right away it was apparent that this kid should never have been accepted to any type of reform program in the first place," she said. "He was a 4.0 student and he was upset that he couldn't talk to his parents. He was worried what his boss at the store in the mall he worked at was going to think. His concerns were that of a good kid."

"Another student was Tai," Logan said. "She would just say what was on her mind and get in trouble for it. She was, like, 'You can have my body, but you can't have my soul.'"

The plight of the kids there was so horrifying that ultimately Logan lost faith not just in New Horizons and Escuela Caribe, but in all of Christianity. When Raw Story spoke with Escuela Caribe alumna Deirdre Sugiuchi on Friday, she said, "You should talk to Kate [Logan]. We both lost our faith there."

"It was really tough to feel that I was betraying them" by making the film that she did, Logan said, that "in spite of the evidence I had that what they were doing was harming kids, I still felt like I was 'undoing' the work of fellow Christians."

It took a while, she said, to accept that she wasn't betraying people who had trusted her, but rather exposing a wrong that was being done. That process, however, led her in time to lose faith in Christianity and in religion altogether.

"The kids that they were hurting really needed someone to speak out for them," she said. That became her spiritual mission. "That was way more important than potentially harming people who were harming others."

"I no longer consider myself a Christian," she said. "I think what I found at Escuela Caribe was a fairly large factor in that."

But, she added "We have a lot of Christians working on the film and dedicating a lot of time and effort into it. The message of the film is not that Christianity is bad and did this. It's that these people did something really wrong, things that never should have been done in the name of anything."

UPDATE: Singer Lance Bass, formerly of 'N Sync, is the film's executive producer. He told Raw Story via email, ""People will be absolutely shocked when they see this film. It's a powerful story that sheds light on a secretive industry that harms kids and exploits families. I hope it can reach a wide audience so that these abusive reform schools will get shut down."