Georgia insurance commissioner: It's 'your fault' if you have a pre-existing condition 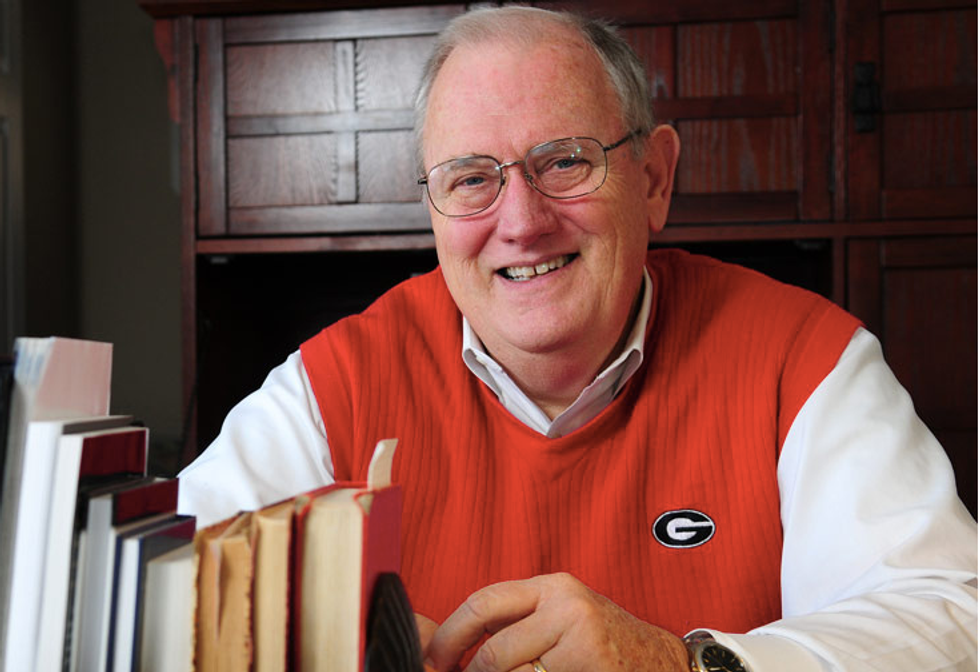 Georgia's Republican insurance commissioner Ralph Hudgens told a group of Republican women in November that having a pre-existing condition like breast cancer or asthma is like being at fault in a car accident and that insurance companies should rightfully be reluctant to cover you.

The remarks, first reported in the Atlanta Journal-Constitution, have left activists and other Georgians furious.

Hudgens was speaking at a meeting of the CSRA Republican Women’s Club meeting in Evans, GA, when he said that insurance company representatives have been stopping by his office wringing their hands over the burdens the Affordable Care Act will inflict upon their companies, particularly with regard to insuring people who have pre-existing conditions.

"I've had several companies come in and they have said just the fact -- just the fact -- that in the individual market pre-existing conditions have to be covered on Jan. 1, that that is going to double the cost of insurance," Hudgens said.

"And if you don't really understand what covering pre-existing conditions would be like, it would be like in Georgia we have a law that says you have to have insurance on your automobile," he continued.

"But say you're going along and you have a wreck. And it's your fault. Well, a pre-existing condition would be you then calling up your insurance agent and saying, 'I would like to get collision insurance coverage on my car.' And your insurance agent says, 'Well, you never had that before. Why would you want it now?' And you say, 'Well, I just had a wreck, it was my fault and I want the insurance company to pay to repair my car.' And that's the exact same thing on pre-existing insurance."

"It's a ridiculous position," Long said. "It really shows what we've known all along, that he cares more about the big insurance companies than he does any Georgia family or any Georgia voter."

Long said the fact that the person who is the state's main insurance adjudicator and regulator would have such a foggy view of how insurance works and why it's important to cover the uninsured is particularly disturbing.

"It's just absolutely ridiculous and out of touch," said Long. "In every poll Better Georgia has conducted, 60 percent of Georgians favor expansion" of the Affordable Care Act and Medicaid to cover all the state's citizens.

The provision of the ACA that is most popular in Georgia and across the country, Long noted, is the elimination of pre-existing conditions like diabetes, run-ins with cancer, HIV-AIDS or birth defects as grounds to refuse people coverage, and yet that is the component of the law Hudgens is now attacking.

"If Ralph Hudgens can't even understand the good that it does and how helpful that is for the Georgia economy and for Georgia families and businesses," Long concluded, "he shouldn't be in this job. He should go on ahead and step down right now if he can't understand why it's important for insurance companies to cover people with pre-existing conditions."

Hudgens made headlines earlier this year when video emerged of the commissioner bragging that his office was doing "everything in its power to be obstructionist" of the Affordable Care Act. He outlined the means by which he is intentionally sabotaging the training and certification of the ACA's "navigators." "Navigators" are personnel charged with helping consumers sort through the options available to them as a result of the ACA, which is also known as "Obamacare."

Hudgens tried to walk back the remarks comparing the chronically ill to reckless or impaired drivers on Wednesday, telling the Journal-Constitution that he used a “really poor analogy” and that “nothing could be further from the truth.”

Nonetheless, his position on the ACA remains the same, he said, and said of his critics “All they’re doing is trying to deflect the criticism away from the rollout of Obamacare.”

Watch video of Hudgens' remarks, embedded below via the Journal-Constitution: