Glenn Beck: Ted Cruz can stand up to Vladimir Putin because 'he may be Ronald Reagan' 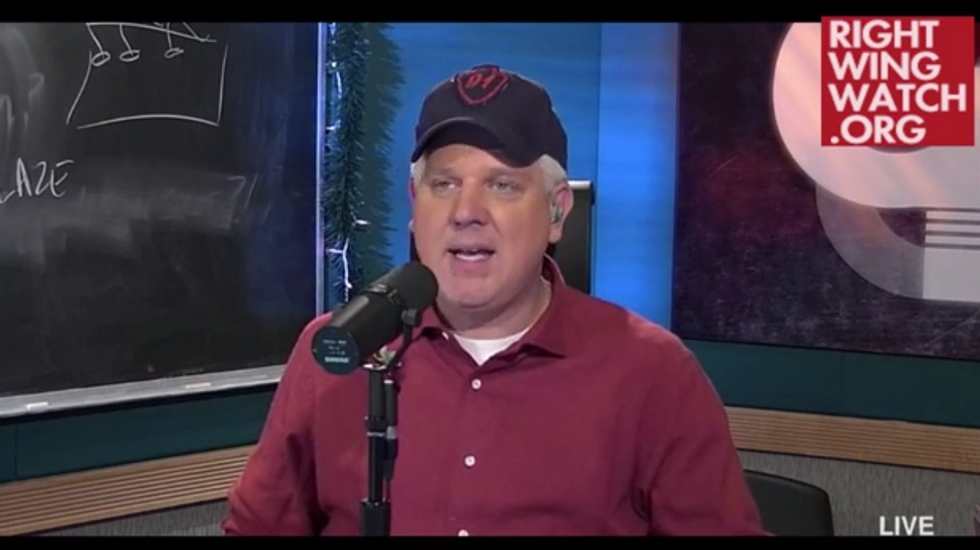 Beck mocked Obama's decision to skip the opening ceremonies at the Sochi Winter Olympics and instead send two openly gay athletes, tennis legend Billie Jean King and hockey player Caitlin Cahow, to attend as part of the official U.S. delegation, and accused the president of projecting weakness to his rough-and-ready Russian counterpart.

"Are you out of your mind? He eats people like you for breakfast," Beck said. "Here's a guy who's always, you know, out in the, you know, frozen tundra without a shirt. He's got a harpoon in a polar bear and he's clubbing a baby seal to death with a killer whale. What are you doing?"

He suggested instead that Obama should protest Russia's treatment of LGBT people by declining to attend the opening ceremonies but then showing up unannounced at the last minute, walking arm-in-arm with two gay athletes as he leads the U.S. delegation into the stadium.

"Nobody knows about it except maybe one newscaster or at the Twitter account of the White House you release at the minute he walks out and you shut up about it," Beck said. "There's your win."

He said the Russian government was mocking him and laughing at the U.S., although the Kremlin has not yet publicly reacted to the latest in a series of jabs Obama and Putin have taken at one another.

"It's nursery school stuff," Beck said of Obama's decision. "They think they're so tough, and they have nothing to back it up."

Beck said current events cry out -- as events so often do to conservatives -- for a leader like Ronald Reagan, and he suggests one may be on the horizon.

"Let me be the first to say it, Ted Cruz may be Ronald Reagan," Beck said. "He may be our Ronald Reagan because that guy does not take prisoners. That guy is a thousand times smarter than 99% of the politicians I have ever met - and many of them combined. Really smart. Plays for keeps. Knows what's true. Is clean, is ethical. I mean, that guy might be Ronald Reagan."