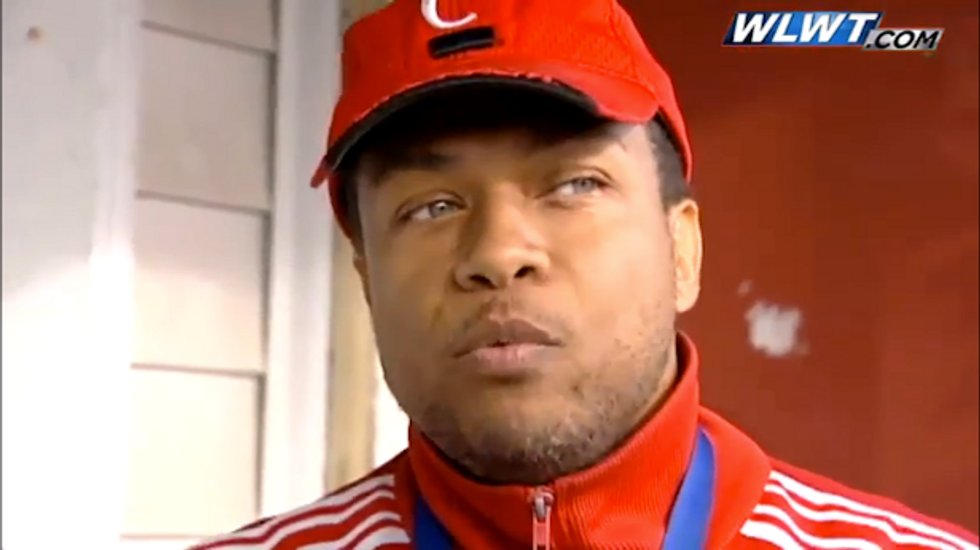 A grand jury indicted an Ohio “sovereign citizen” who tried to steal 11 homes by moving in and filing a “quiet title” to claim ownership.

Prosecutors said Robert Carr found empty houses in the Cincinnati area, changed the locks and filed court documents in attempt to keep the homeowner or bank from making any subsequent claims on the property.

The legal maneuver has been used by sovereign citizens, who believe that governments operate illegally and generally choose to disobey laws they don’t like, to gain control of properties all over the country.

Carr was charged with breaking and entering last month, but he returned the arrest warrant as “rejected” and said their “office (was) not accepted,” and he charged Forest Park police with a lengthy, handwritten list of civil rights violations, including kidnapping.

But a Hamilton County grand jury indicted him Thursday on six felony charges -- three counts of breaking and entering and three counts of theft -- in connection with four of the cases.

His girlfriend, 25-year-old Bethany Firth, was also indicted on one count of breaking and entering.

Carr said what he’s doing is no different from a bank laying claim to a home in the foreclosure process, and he claims his arrest in Forest Park came as a result of competition between himself and an agent from a bank trying to take possession of a home in foreclosure.

“The banks use foreclosure as a tool to scare you into vacating your property,” Carr said.

He said banks then take possession of the foreclosed homes.

“They come and they put notices on, and they put what’s called that little lock box (on the doorknob),” Carr said. “According to the law, that doesn’t establish possession. You literally have to physically be in it.”

Carr cited a decree handed down by Henry III, who was king of England between 1216 and 1272, that property rights required proper and continual use to prevent titles from being worthless scraps of paper.

“If you abandon something you forfeit all your rights,” Carr said.

He said that by taking possession of a home and laying claim through quiet title, the property becomes his until the original owner challenges him in court.

“My claim is higher, anybody who possesses property has a higher claim than everybody except for the last original owner,” Carr said.

That isn’t true, said Butler County Recorder Danny Crank, adding that quiet titles are typically used to sort out ownership when more than one person is listed on a deed.

“He has no interest in the property,” Crank said of Carr’s quiet title filings against two homes in Butler County. “You can’t go in and say, ‘I’m taking over this property.’”

“Anybody can file a suit about anything,” said Paul Weinstock, real estate law professor at The Ohio State University.

He said lenders would have the rights to abandoned properties with unpaid mortgage bills, and he said laws allowing for ownership transfers of abandoned property applies to personal property such as items left out in the trash.

“There’s a big difference between personal property and real property,” Weinstock said. “This has never applied to land.”

But Carr said he objects to the criminal charges filed against him, arguing that the court has no authority over him.

"First, I’m going to object to this whole proceeding,” Carr said Tuesday at his arraignment. “I don't consent to be identified as what's named as the defendant. Everything I've heard from the complaint, it's just totally, and it’s totally false."