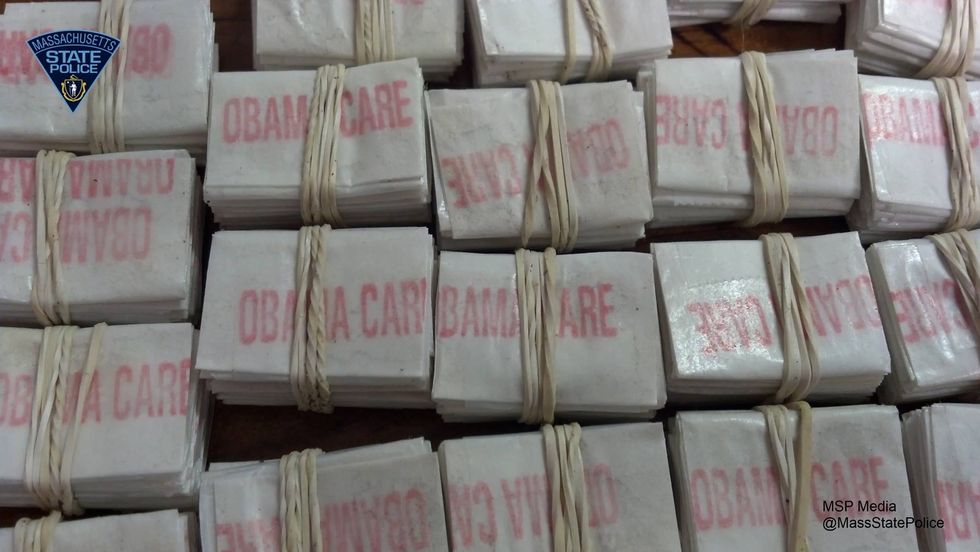 Petty was on duty early Friday when he noticed a vehicle with multiple violations. He pulled the vehicle over and reportedly observed evidence of narcotics use. He called for backup and a K9 unit in order to conduct a search of the stopped vehicle.

K9 Officer Frankie, said the Facebook page, signaled positive for the presence of narcotics. A search by the officers revealed hundreds and hundreds of bags of heroin prepared for sale.

Most of the bags were stamped "Obama Care," while others read "Kurt Cobain."