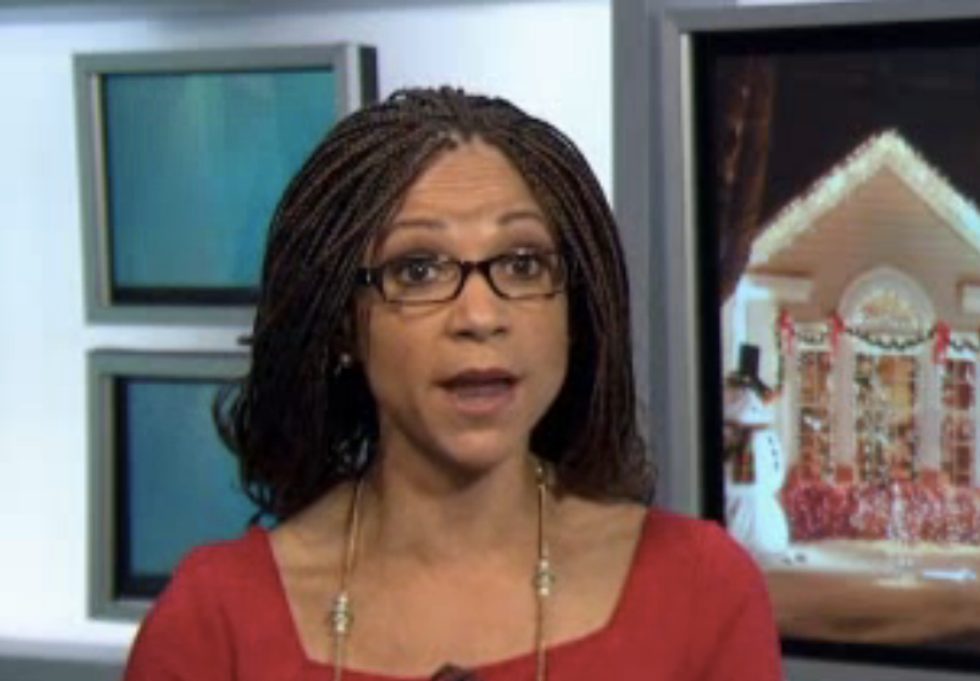 On Saturday, MSNBC host Melissa Harris-Perry addressed the question of Santa's skin color by taking it up with the jolly old elf himself. In her weekly open letter segment, Harris-Perry wrote a letter to the North Pole.

"This week," she said, "the debate about Santa got heated. Not an existential discussion of whether the man exists, but the other one...about his race."

Harris-Perry discussed Fox anchor Megyn Kelly's bland assertion to kids that Santa is white, which Kelly made in response to a Slate.com editorial asserting that the U.S. needs a more inclusive, multicultural Santa figure.

Kelly has since attempted to play off the remarks as a "lighthearted joke," but the topic has continued to resonate on TV and online.

Harris-Perry decided that rather than take the subject up with Kelly, who undoubtedly has enough people shouting at her, she would discuss Santa's race with Santa.

"Dear Santa," she began, explaining that this was not a plea for clemency in the naughty-nice divide, "but rather to make an appeal. I think we're going to need you before Dec. 24."

She said she knows it's early, but could she enlist his aid in settling a debate that's roiling the media right now?

"Are you white? Are you black?" she asked. "When you're coming from the North Pole, do you have a legal visa or are you undocumented?"

"Can you find a kid if he lives in an apartment building and not a house with a chimney?" she asked. "Can you find her in a homeless shelter? Why do you leave so many more toys under the big trees in the wealthy neighborhood and so few in the poorer communities?"

The current controversy, she said, demonstrates how far we have to go in understanding people who aren't like ourselves.

“If we can’t imagine Santa across the racial divide, no wonder we have trouble creating an america without a racial divide,” she concluded.