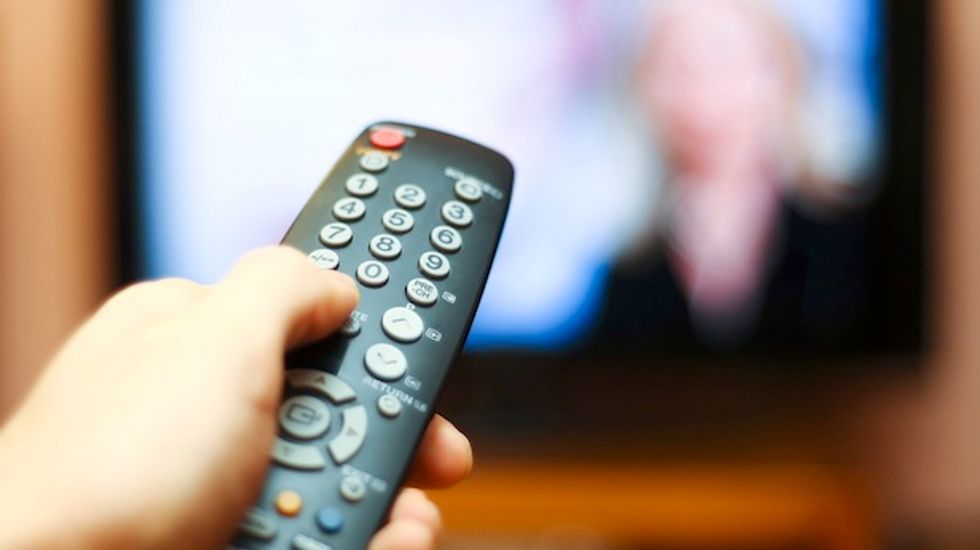 Violence has long been a staple of U.S. cable television shows, but most producers have been coy about sex -- until recently, when an explosion of explicit content flooded the small screen.

The titillatingly-titled "Masters of Sex" is the most obvious example, but while there are no recent studies most industry watchers say fornication has never been as widely on display on TV.

Many modern shows "contain sex and violence in ways that would have been unthinkable not too many years ago," added the academic from the University of California Los Angeles.

Pay TV channel HBO's hit shows including "Game of Thrones," "Girls," "Boardwalk Empire" and "True Blood" are full of male and female nudity and sex, as are rivals' series like "The Bridge," "Spartacus" and "Da Vinci's Demons".

David Nevins, president of cable channel Showtime, said pay TV channels are more free to do what they want than free-to-air networks.

"With pay cable, you take license. Your licenses are sex, violence, and bad behavior. I think the audience wants to do it for the same reason programmers want to do it -- to be on the edge," he told the Television Critics Association.

Walter agreed. "Cable does not broadcast via the public airwaves. Therefore it is not subject to the jurisdiction of the Federal Communications Commission content and language and everything else.

"It is not bound by the rules and regulations that restrict over-the-air television," he said.

It is also not bound by critics like the Parents Television Council, which celebrated in 2011 when the NBC series "The Playboy Club" was canceled after only three episodes.

"Bringing 'The Playboy Club' to broadcast television was a poor programming decision from the start," said PTC boss Tim Winter.

"We're pleased that NBC will no longer be airing a program so inherently linked to a pornographic brand that denigrates and sexualizes women."

Michelle Ashford, creator of "Masters of Sex" which premiered in September on Showtime, said the existence of the show proved how the industry is maturing.

The series, which depicts the ground-breaking research into human sexuality by William Masters and Virginia Johnson in the late 1950s, "would've been unlikely 10 years ago ... because cable TV was just beginning to become the force it is today," she told AFP.

"Ten years ago cable TV was still taking baby steps in many ways. 'The Sopranos' was on, 'Six Feet Under' as well I think. But there wasn't much more cable programming.

"Now cable is so open and thriving that any good idea about almost anything can find a home in cable."

Perhaps surprisingly, there is little puritan-style criticism of "Masters of Sex," at least online and in mainstream media, despite its envelope-pushing explicitness. On the contrary, it been widely praised, winning a Critics' Choice award for most exciting new TV series in June.

The surge in small-screen sex comes after a trend for shows which have tested the limits of graphic violence, often focused on anti-heroes such as cult show "Breaking Bad."

"I don't think you can keep going further to the left of what Bryan Cranston is doing on 'Breaking Bad,'" said Nevins, referring to the actor's character, a chemistry teacher with terminal cancer who becomes a drug kingpin to leave money for his family.

"I do believe our show came along at a good time," said Ashford, the "Masters of Sex" creator.

"Since 'The Sopranos' in 2000, there have been a lot of shows examining violence centered around a male anti-hero, culminating recently in 'Breaking Bad'.

"These have been terrific shows. But I do think that area has been mined pretty thoroughly now. And luckily our show came along when perhaps people were open to a different tone, a different kind of exploration.

"That was just good timing, or you could also say luck."