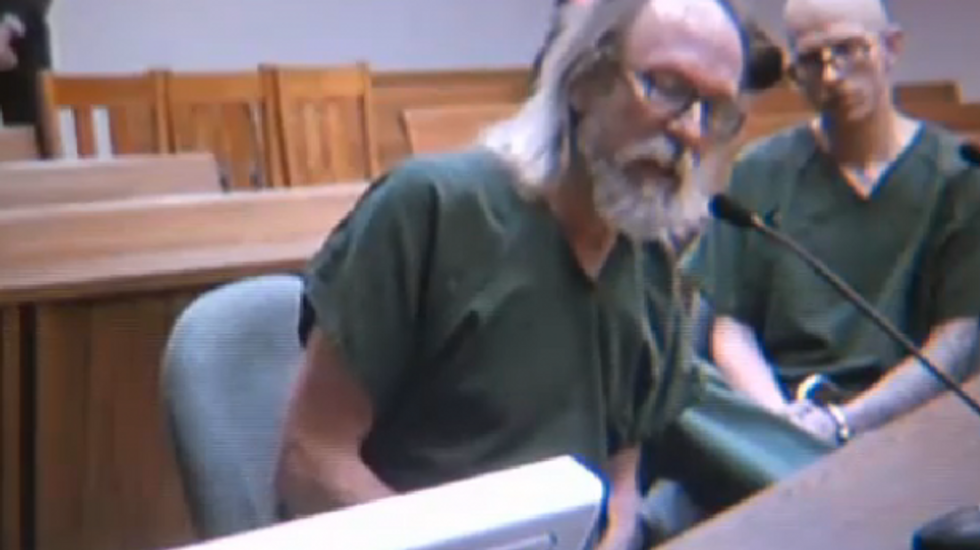 The North Dakota white supremacist currently facing terrorizing charges has had his bail set at $1 million.

The judge in the case said that it was wrong to deny Cobb bond, as had happened earlier this week, but set his bail prohibitively high because Cobb has fled to Canada when charged with crimes before. He is, in fact, currently in the United States only because he fled hate crimes charges in Canada.

Cobb came to national attention when his attempt to create a white supremacist enclave in Leith, North Dakota was foiled by the city's planning and zoning board.

Shortly thereafter, Cobb went on the syndicated Trisha Show for part of its ongoing "Race in America" series and received a shock when its host, Trisha Goddard, revealed that the ardent white supremacist's genetic ancestry was 86 percent European and 14 percent sub-Saharan African.

As the audience roared its approval of his comeuppance, Goddard said, "you have a little black in you."

After the episode of the Trisha Show aired, Cobb's home in his failed racist enclave was vandalized by white supremacist neighbors who didn't appreciate Cobb having "hidden" his impure genetic ancestry.

It was only after "BACK IN BLACK" had been painted on his house that Cobb, heavily armed, took to "patrolling" the streets of Leith, which is what led to the terrorizing charges on which he's now being held on $1 million bail.

If convicted of the seven counts of terrorizing, he faces up to 35 years in jail.

Watch the Valley News Live report on the bail proceedings below.