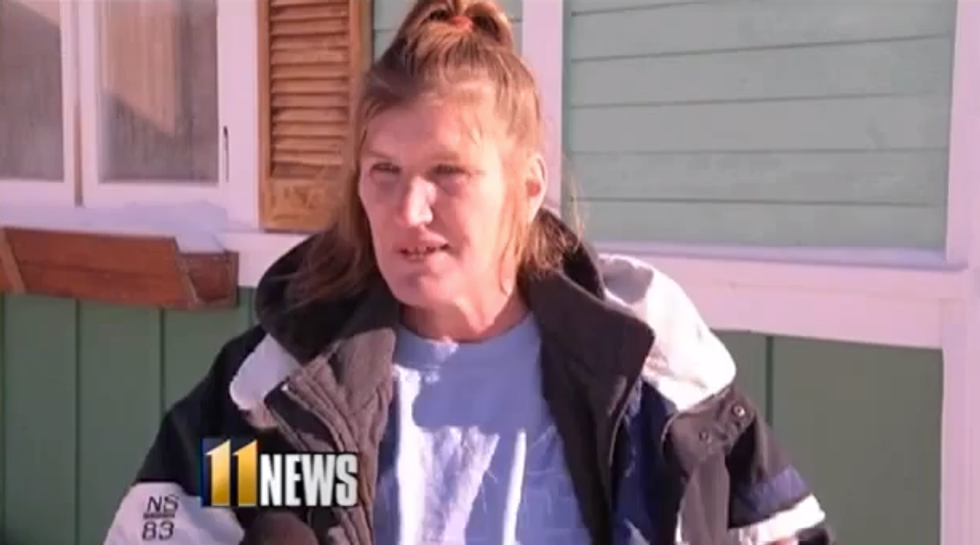 Chris Derrick and Betty Ybarra had been living since April in an encampment at a county park with other members of the protest group, which plans to build more small homes with college students and other volunteers for the city’s growing homeless population.

A citywide count in January found 831 homeless people – a 47 percent increase over three years – in Madison, where the average home sale costs nearly $300,000.

The protest group, which grew out of the Occupy Wall Street movement to protest wealth inequality, put together teams of volunteers to build two houses using a basic blueprint that can be adapted to fit the creators’ tastes, reported the Wisconsin State Journal.

The homeless volunteers earn their houses – which include a bed, toilet and insulation – by working under the supervision of more experienced builders.

The $3,000 homes, which are paid for through private donations, are mounted on trailers so they don’t require a plot of land and can be parked legally on the street as long as they’re moved every 48 hours.

Occupy organizers recently convinced Madison city officials to change zoning laws to allow the homes to be parked on private property with the owner’s permission.

“It’s not just a shelter, it’s a commitment to a lifestyle,” said Brenda Konkel, who heads a tenants’ rights group in Madison. “It’s a co-op mixed with Habitat for Humanity mixed with eco-village as the long-term goal.”

The first house includes a pole-mounted solar panel donated by the University of Wisconsin-Madison and is based on lighting equipment used by villagers in Costa Rica to guard against snakebites while going to use outdoor latrines, the newspaper reported.

Derrick and Ybarra will use the 80-watt solar panel to charge a sealed lead acid battery to power 98-square-foot home’s four LED lights and cellphone charger base, although the pole used for the panels is currently too tall to fit under bridges.

The initial homes will be heated with a vented propane heater mounted on the wall, and space heaters can be used if the home is parked near an electricity source.

The group eventually hopes to buy land to build a village with up to 30 of the tiny homes.