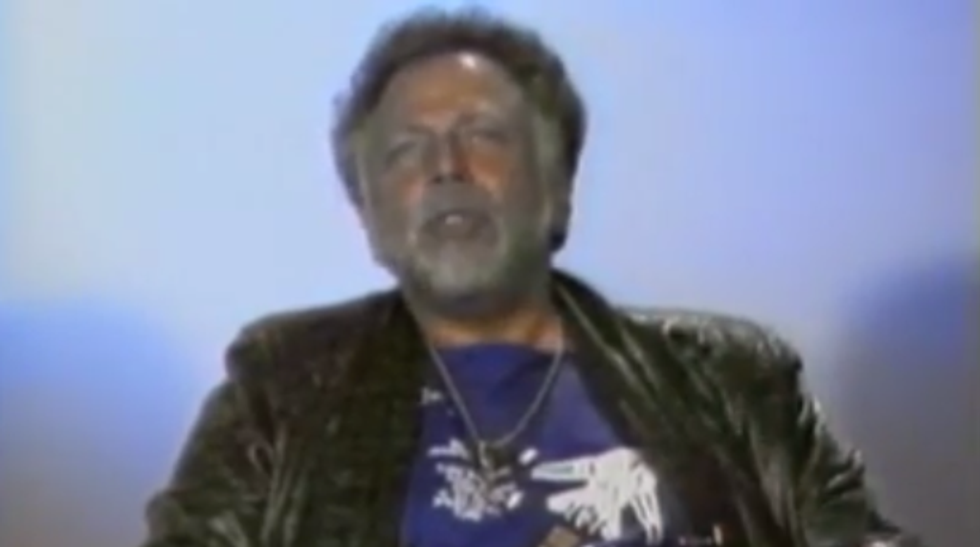 Pioneering pornographer and champion of underground artists Al Goldstein has died at age 77.

After working as a press photographer and tabloid journalist, Goldstein began publishing the pornographic Screw weekly magazine in 1968, six years before Larry Flynt’s Hustler magazine, and outlined its mission statement in first issue.

“We promise never to ink out a pubic hair or chalk out an organ,” read the manifesto. “We will apologize for nothing. We will uncover the entire world of sex. We will be the Consumer Reports of sex.”

Goldstein fought similar legal battles to his notorious competitor, having been arrested 21 times on indecency- or obscenity-related charges and sued by Alabama Gov. George Wallace in 1977 for publishing the claim that the one-time presidential candidate had learned to perform sexual acts by reading Screw.

Wallace and Goldstein settled for $12,500 and Screw agreed to print an apology.

He also debuted the long-running "Midnight Blue" late-night interview show in 1974 on New York public access cable television, which he used to curse his many enemies, his family and anyone else who offended him.

I’m infantile, compulsive, always acting out my fantasies,” he told Playboy in 1974. “There’s nothing I’ll inhibit myself from doing.”

His magazine eventually began to lose advertisers to free weekly publications, and Goldstein failed to invest heavily enough in video or Internet pornography.

He was convicted in 2002 of harassing a former secretary in print, and he published doctored photos of his son having sex with men and his own mother, Goldstein’s third ex-wife, after the son asked him not to attend his graduation from Harvard Law School.

Screw filed for bankruptcy in 2003, and Goldstein lived in homeless shelters and Veterans Administration hospitals until his friend, the magician Penn Jillette, paid for an apartment for him.

I'm in NYC. Today I visited my hero and friend Al Goldstein as he dies in the hospital, and tomorrow night I celebrate Lou Reed's Life. NYC

Jillette announced Sunday on Twitter that Goldstein was dying, but the post caused some confusion and led to early reports that the pornographer had already died.

His cause of death was believed to be renal failure.

Watch Goldstein profanely tell off a litany of people who offended him, posted online by lapinbored: