Rachel Maddow: Mich. senator who fought 'rape insurance' with story of her own rape 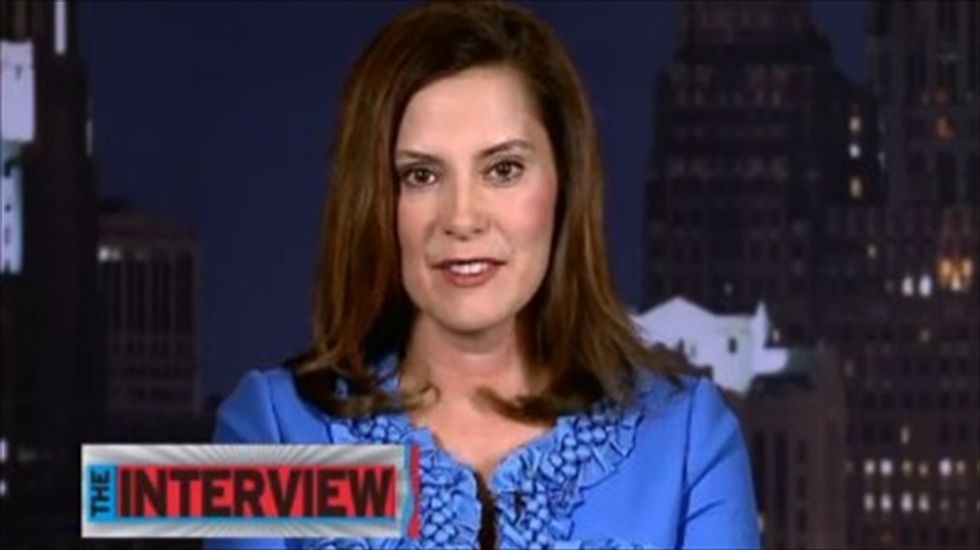 The Michigan state senator who spoke up against a new "rape insurance" law -- in part by revealing she is a rape survivor -- promised MSNBC host Rachel Maddow on Thursday that the Republican-backed law will be challenged as soon as possible.

"I've spent the better part of my life trying not to talk about that and not to think about it," state Sen. Gretchen Whitmer (D) told Maddow. "But it became very clear that the Republicans were not listening to any women in our state. They didn't hold a hearing where women could testify. They didn't pay attention to any of the editorials that were all against this extreme petition language."

The bill, which was passed through both houses of the GOP-heavy state legislature, will require women to purchase separate insurance riders if they want abortions covered under their health care plans. However, it does not allow women to purchase the policies after becoming pregnant, even in cases of rape or incest. Maddow pointed out that Gov. Rick Snyder (R) had vetoed similar legislation, but lawmakers were able to side-step both him and calls for the bill to be put on the ballot following a successful petition drive by the evangelical group Right To Life.

"I'm about to tell you something that I've not shared with many people in my life," Whitmer said during the debate. "But over 20 years ago, I was a victim of rape. And thank God it didn't result in a pregnancy, because I can't imagine going through what I went through and then having to consider what to do about an unwanted pregnancy from an attacker. And as a mother with two girls, the thought that they would ever go through something like I did keeps me up at night. I thought this was all behind me."

Maddow pointed out that following her remarks, Whitmer -- who has famously clashed with Republicans regarding reproductive rights and other issues in the past -- called her father to share her story with him for the first time.

Even though the law slated to take effect in March 2014, Whitmer said, she has been approached by Republicans who regretted "not having the temerity" to vote against party lines, and plans to introduce a bill calling for it to be repealed.

"We're gearing up for another fight in this battle," Whitmer assured Maddow. "It's the Republican war on women, but I believe people are motivated. We are gonna do everything we can to repeal this repugnant law."

Watch the interview, as aired on MSNBC on Thursday, below.