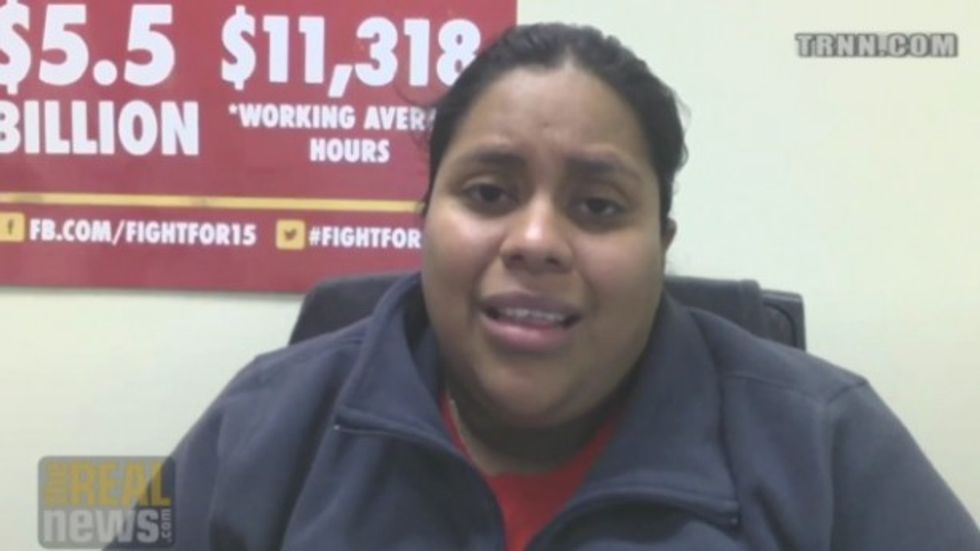 Now, let's finish up 2013 with some recognition for the people we've written about who have actually tried to make this world a more livable place.

We present them in no particular order, except that we've saved our Person of the Year for last. We look forward to reading your nominations in the comments.

Nancy Salgado (photo, above) had been working for McDonald's for more than 10 years when she was arrested in October for asking the president of the corporation a question in a public meeting.

The 26-year-old wanted him to know that working for the fast food restaurant, she couldn't afford to buy her children shoes.

Jeff Stratton, president of McDonald's USA, was giving a speech at the Union League Club of Chicago when she spoke up.

“It’s really hard for me to feed my two kids and struggle day to day,” she shouted, interrupting Stratton's speech. “Do you think this is fair, that I have to be making $8.25 when I’ve worked for McDonald’s for ten years?”

“I’ve been there for forty years,” Stratton answered.

“The thing is that I need a raise. But you’re not helping your employees. How is this possible?” Salgado asked.

Salgado was then arrested for interrupting the event.

Interviewed later by The Real News, Salgado said, “The CEOs make millions and billions a year and why can’t they provide enough for their employees?” 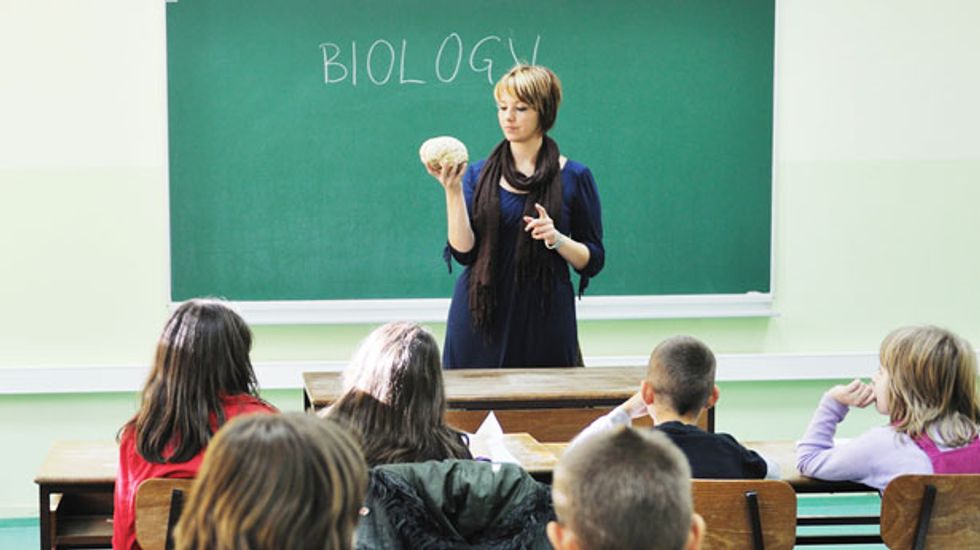 Some 17 years ago, when Tim McDaniel became a teacher at the high school in Dietrich, Idaho, he added to his biology class the kind of things that a health teacher should really be handling -- lessons about the reproductive system and human sexuality, for example.

But he did so, he told a local newspaper, because the school's health teacher wasn't comfortable with the material. Dietrich is in a very conservative area, and teaching certain subjects has a way of riling up sensitive parents. Still, McDaniel managed to teach science for 17 years without a complaint.

Until this year, that is.

In March, a few parents filed a formal complaint, alleging that McDaniel "taught sex education material in his science class, taught inappropriate forms of birth control, told inappropriate jokes and showed a video clip in class that showed a genital herpes infection," according to the Twin Falls Times-News. And another thing the parents complained about was that McDaniel had "used school property to promote political candidates" -- because he had showed his students Al Gore's film about climate change, An Inconvenient Truth.

McDaniel calmly handled the overheated assault on his reputation, telling the News-Times that it was important to teach tenth graders sex education. “Hopefully, the students are being abstinent but most of these students will be getting married a year or two after graduation and they need to know about this,” he said.

The complaint sparked an official investigation, but nine months later the probe was closed and McDaniel was not disciplined. There was one unfortunate result, however: McDaniel decided not to teach sex ed in the new year, saying that he didn't need the headache. 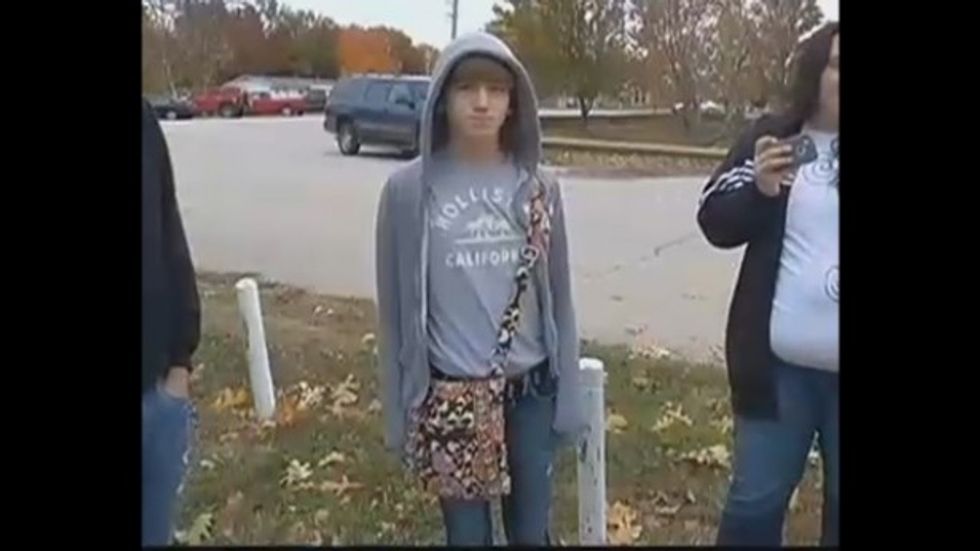 In November, 13-year-old Skylar Davis was suspended for bringing his colorful Vera Bradley purse to school. The Anderson County Senior-Junior School student had been bringing the bag to school for months, his mother said, but when a school official asked him to take it off one Wednesday, Davis refused.

“I don’t think everyone should be treated differently,” he told a local television station. “Everyone should have the same privileges.”

His sister, Dakota Haight, felt that he was being singled out: “I’ve seen girls wear short shorts. Why don’t they get kicked out? But then he gets kicked out for a purse? That doesn’t make sense. It’s not right.”

Davis spoke up for his choice in accessories.

“It expresses myself and I think everyone else can wear it, so I wear it as well,” he insisted.

For his impeccable fashion sense, Skylar was one of our favorite people of 2013. 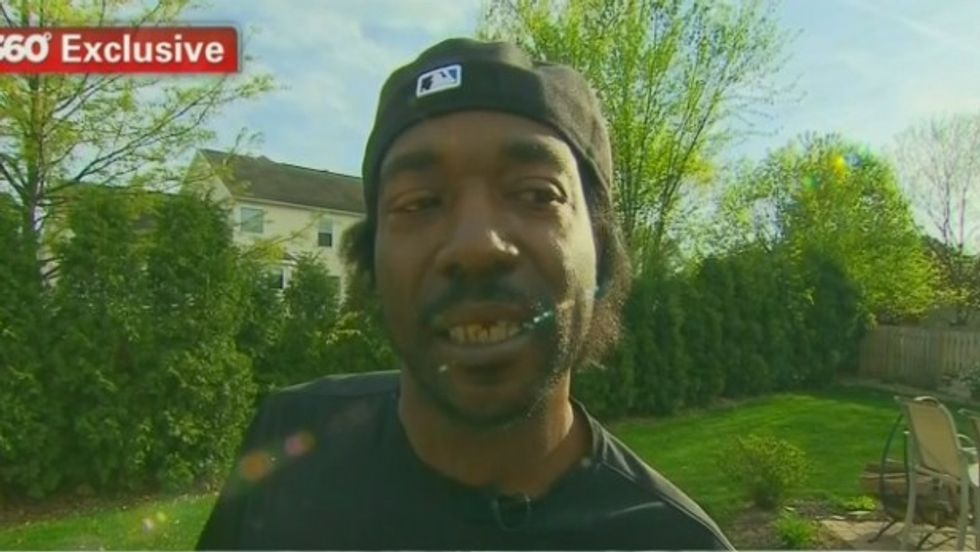 In May, Charles Ramsey became a sensation when he helped three women escape from years of being held in the house right next door to his own. For around 10 years, Amanda Berry, Georgina DeJesus, and Michele Knight had been kept prisoner in a Cleveland house until Berry was able to make a break for it and ran to Ramsey's house.

“Bro, I knew something was wrong when a little, pretty white girl ran into a black man’s arms,” he told WEWS following the rescue. “Something is wrong here. Dead giveaway.”

When Anderson Cooper asked Ramsey about reward money he might be in line for, Ramsey said he didn't want it.

He showed Cooper an envelope with his latest paycheck in it.

“Where are them girls living? Right next door to this paycheck. So yes, take that reward and give it to -- that little girl came out the house and she was crying.”

In June, Texas state senator Wendy Davis and her tennis shoes rocketed to fame after her 11-hour filibuster against yet another bill aimed at circumventing Roe v. Wade by making abortion nearly impossible to get in large parts of this country.

We've noted the earnest pronouncements that Wendy's attempt to turn her fame into a run for governor is quixotic, and that her protest may not have ultimately held back the law she was trying to prevent.

But her gutsiness has stayed with us long after she was silenced unfairly at the end of her filibuster.

We had nearly forgotten what it was like to see a politician raise hell for righteous reasons and have such a significant impact. 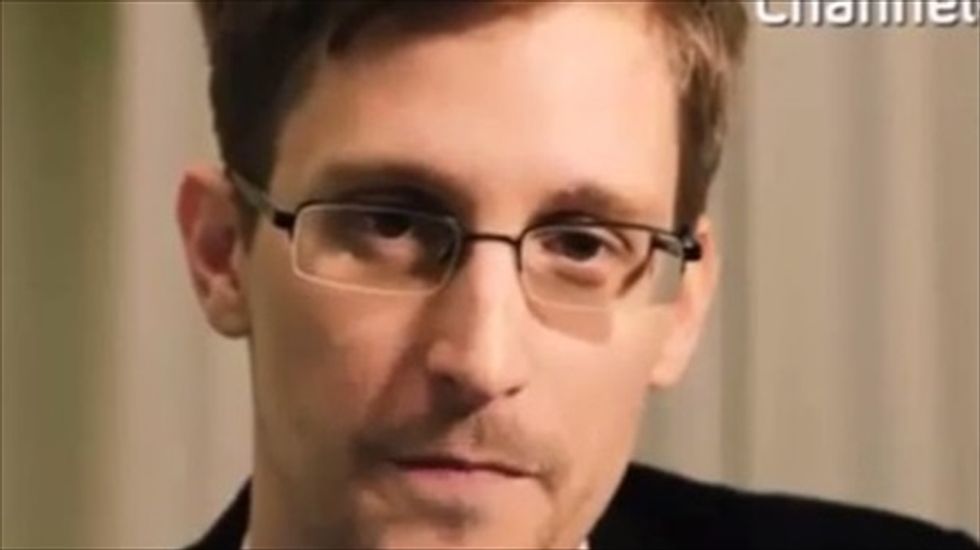 In June, Edward Snowden not only provided journalist Glenn Greenwald, filmmaker Laura Poitras, and a few other reporters access to a mother lode of some of the National Security Agency's most important secrets, he also took the unusual step of outing himself as the source of the leak.

It was a serious gamble. The world's press loves to be fed secrets, but it tends to have a complex relationship with the whistleblowers who supply them.

Predictably, Snowden's motives were immediately questioned, as was the information he had released. Experts at first insisted that Greenwald and The Guardian were overstating the significance of the NSA's ability to spy on the American public with the help of large American corporations.

Several months later, there's no question that Snowden's documents provide a devastating indictment of the NSA's overreaching. Any lingering doubts about that were wiped away when the agency used 60 Minutes to advertise its palpable sense of panic over the release of even more of Snowden's cache.

The world's democracies are now engaged in a debate about privacy and security that simply couldn't be happening without Snowden and his documents. And for that reason, he's Raw Story's Person of the Year. We expect the arguments about his motivations and his methods to continue, but the world is a different place because Ed Snowden didn't like what he saw his government doing.