Somebody bought a Tesla car with Bitcoin 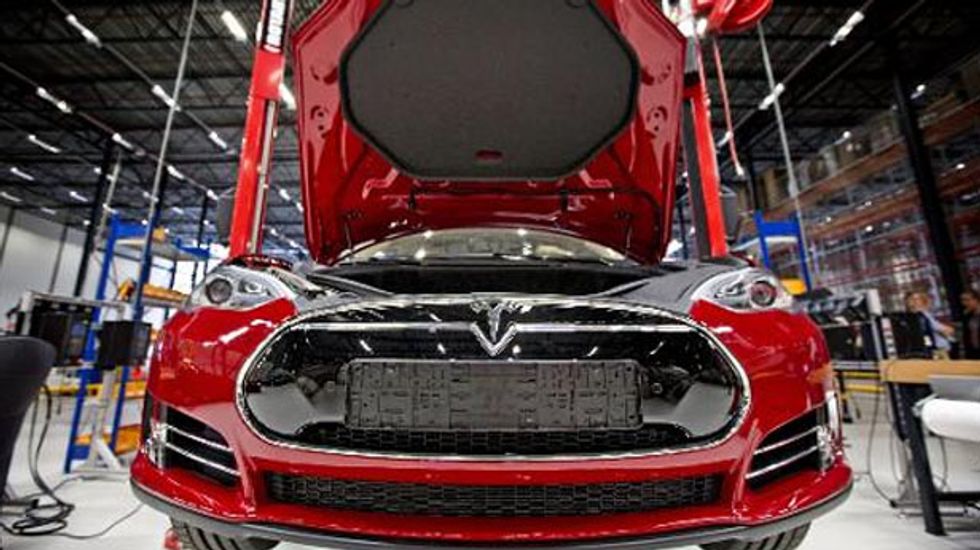 A California car dealer has announced the first sale of an electric Tesla car done entirely via the online Bitcoin currency.

The Daily Dot reported on Thursday that the unidentified buyer sent a 94.4 Bitcoin payment to Lamborghini Newport Beach electronically to complete the purchase of a Tesla Model S. The suggested retail price for the car is $90,000.

NBC News reported that the virtual currency's value has increased by 70 percent within the past year. As of Thursday night, the Mt. Gox exchange listed one bitcoin at $1,040.

The dealership referred back to Mt. Gox while trumpeting the sale on its website.

"Like the stock market, prices for Bitcoins fluctuate just as you would see on a currency exchange stock chart," the post read. "Lamborghini Newport Beach is proud to announce that we are fully capable of accepting Bitcoin as payment for vehicles. We are excited to be opening the door to this new currency."

General Manager Pietro Frigerio told the Orange County Business Journal that the customer was the one who opened negotiations on the unusual purchase, which were settled with help from Atlanta-based payment processor BitPay.

"I was aware of bitcoins but didn't expect to deal with them so soon," Frigerio told the Journal. "We did our due diligence and evaluated the risk. It was very straightforward, like a PayPal [transaction]."