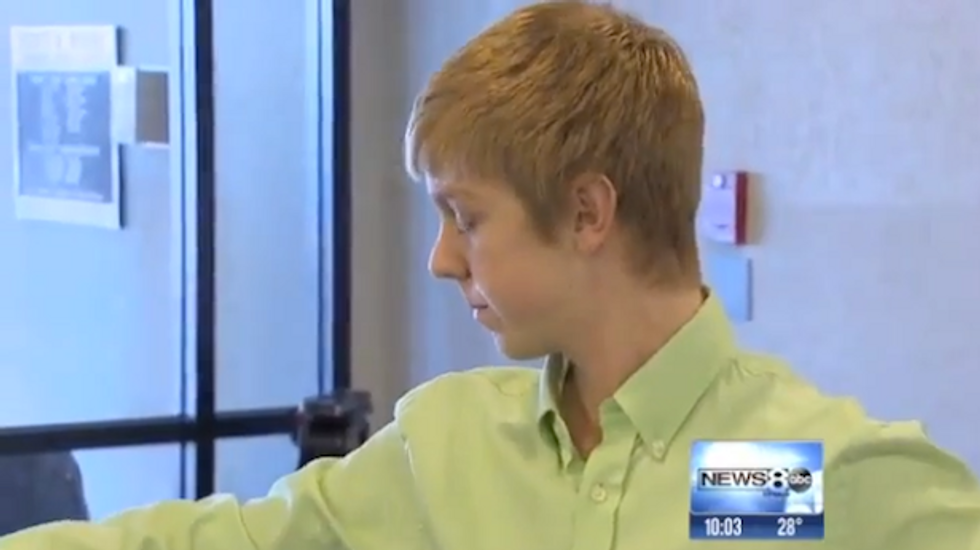 A Texas judge agreed with defense attorneys’ claims that a 16-year-old who killed four people while driving drunk had been given whatever he wanted by his wealthy parents and had never learned to accept responsibility for his actions.

Court records show Ethan Couch had a blood-alcohol content of 0.24, more than three times the legal limit for an adult, when he slammed into four people who’d stopped to assist a stranded motorist June 15 alongside a narrow Tarrant County road.

All four pedestrians were killed, including a mother and daughter, and two of Couch’s friends were thrown from his pickup and severely injured.

Breanna Mitchell, whose SUV had broken down, was killed, along with two neighbors, Hollie and Shelby Boyles, who lived nearby and came out to help, and youth minister Brian Jennings, who stopped to assist.

Solimon Mohmand broke numerous bones and suffered internal injuries, and Sergio Molina was paralyzed and can communicate only by blinking his eyes.

Couch and his friends had stolen beer from a nearby Wal-Mart store before the crash, prosecutors said.

The teen’s attorneys never denied that Couch was driving the pickup or that he’d been drinking underage, but they argued that his parents should be held responsible for their son’s actions because of the way they’d raised him.

A psychologist testified that the teen’s parents had a volatile, unhealthy relationship and argued frequently in front of their son.

The psychologist said Couch’s parents used their son to hurt each other after a contentious divorce and never taught him basic lessons for interacting with others.

His father "does not have relationships, he takes hostages,” Miller said, and he described the teen's mother as a desperate, manipulative woman.

“The teen never learned to say that you’re sorry if you hurt someone,” said psychologist Gary Miller, who began evaluating the teen the day after he was released from the hospital following the crash. “If you hurt someone, you sent him money.”

Miller said he believed the teen could become a contributing member of society if he undergoes mental health and substance abuse treatment, which he might not receive in jail.

The victims’ families and prosecutors said they were stunned and disappointed by the sentence handed down by State District Judge Jean Boyd, who will not seek re-election when her term ends in December 2014.

Boyd ordered the teen to undergo therapy at a long-term, in-patient facility, and his father offered to pay more than $450,000 a year for therapy at a rehabilitation center in southern California.

Couch will stay at the Tarrant County juvenile detention until the juvenile probation department can recommend possible treatment programs.

If he violates the terms of his probation, the teen could be sent to prison for 10 years.

His attorney said the teen could have been freed after two years if the judge had imposed a 20-year prison term.

“(The judge) fashioned a sentence that is going to keep Ethan under the thumb of the justice system for the next 10 years,” said defense attorney Scott Brown. “And if Ethan doesn’t do what he’s supposed to do, if he has one misstep at all then this judge or an adult judge when he’s transferred can then incarcerate him.”

But that served as little comfort to Boyles, who had never spoken publicly about the crash that claimed his family's lives until after the sentencing.

“Money always seems to keep (the teen) out of trouble,” Boyles said. “Ultimately today, I felt that money did prevail. If (he) had been any other youth, I feel like the circumstances would have been different.”