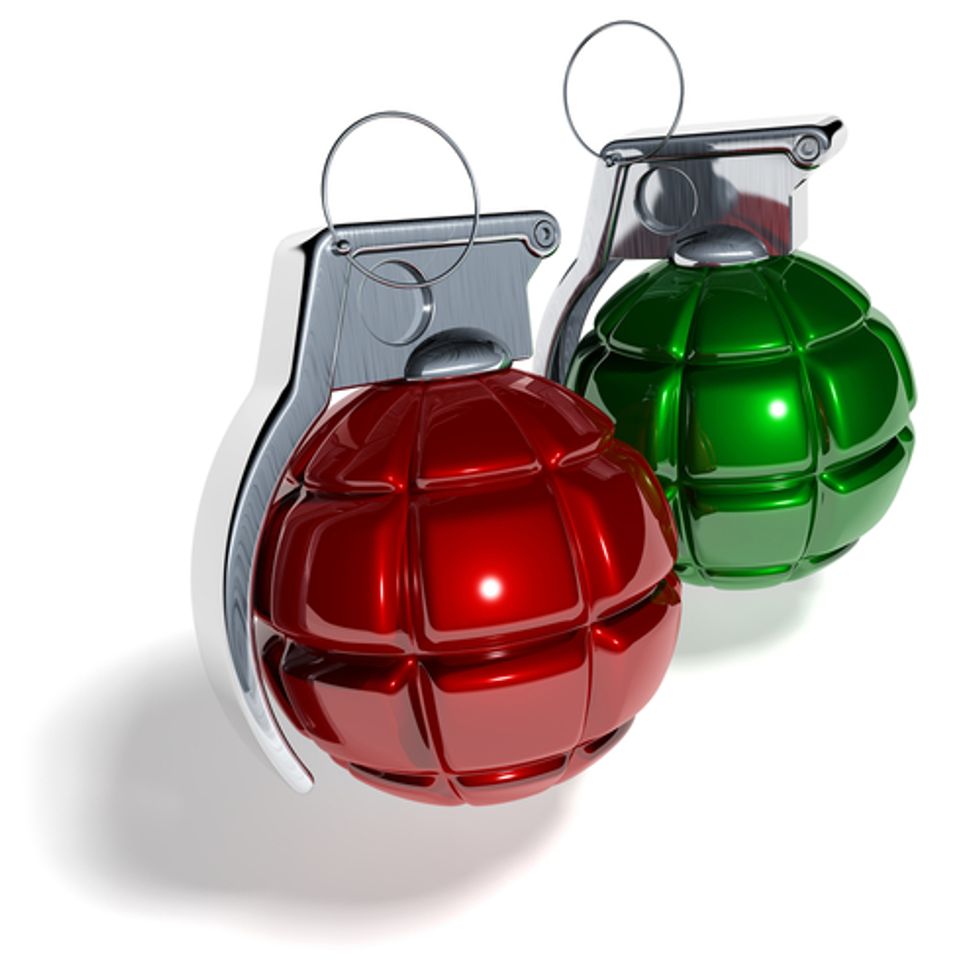 The "war on Christmas" that Fox News pretends is going on every year is one of those things that liberals, I think, feel widely guilty about watching with fascination, even to mock it. Like we fear that we're feeding the beast somehow by even acknowledging  the stunningly dishonest hysteria about the entirely mythical attempts to keep people from enjoying Christmas. But I personally can't help being fascinated by it, because it's possibly the most rock solid evidence there is that the folks at Fox News are motivated primarily by cynicism. They know there's no "war on Christmas", but they will invent one because they know that they and the Republican party profit handsomely off keeping their paranoid, gullible, aging white audience in a constant fit of self-righteous outrage. Their audience is desperate to be told that they are "oppressed" by the fact that other people exist and believe that they deserve to be treated as full human beings, when the Fox audience thinks it's obvious that everyone else should run around apologizing for not being a straight, white, conservative Christian. And even though that's a lie---an obvious lie---Fox News will happily feed them an endless stream of blatantly lies and misleading stories to justify their completely unjustifiable belief that they are entitled to be treated like they're inherently better and more important than everyone else.

Of course, eventually the audience is going to start taking it to heart if you run an endless stream of stories claiming they're oppressed if holidays other than Christmas are acknowledged or how very important it is to have a white Santa lest anyone else start getting the idea that they deserve to be included in the holiday celebrations. Some people are really, truly going to believe that 'tis the season for conservative white Christians to be relentlessly assured that they matter more than everyone else, and they're going to take action if they aren't getting the special treatment they've been told is their due. And so it has happened (via):

A Salvation Army bell ringer in Phoenix said she was assaulted outside a Walmart store for saying "Happy Holidays" instead of "Merry Christmas."

Kristina Vindiola said she was ringing a bell outside the Walmart to raise money for the charity when a woman took exception to her saying "Happy Holidays," KNXV-TV, Pheonix, reported Tuesday.

"The lady looked at me," said Vindiola. "I thought she was going to put money in the kettle. She came up to me and said, 'Do you believe in God?' And she says, 'You're supposed to say Merry Christmas,' and that's when she hit me."

It's worth noting that the Salvation Army is, in fact, an uber-conservative, fundamentalist Christian organization of the worst sort. So, really, the odds are nearly 100% that the woman ringing the bell just didn't get the message that it's verboten to say "happy holidays" now, because that might make the Jews, Muslims, and atheists think they matter.

While I'm amused by this story, I cannot in good conscience advise Christians to start walloping on each other for perceived lack of loathing for religious minorities. But the ultimate blame for all this lays with Fox News and other conservative outlets, for cynically manipulating their audience into a paranoid frenzy, just to get more votes to the GOP and more ad dollars for themselves.