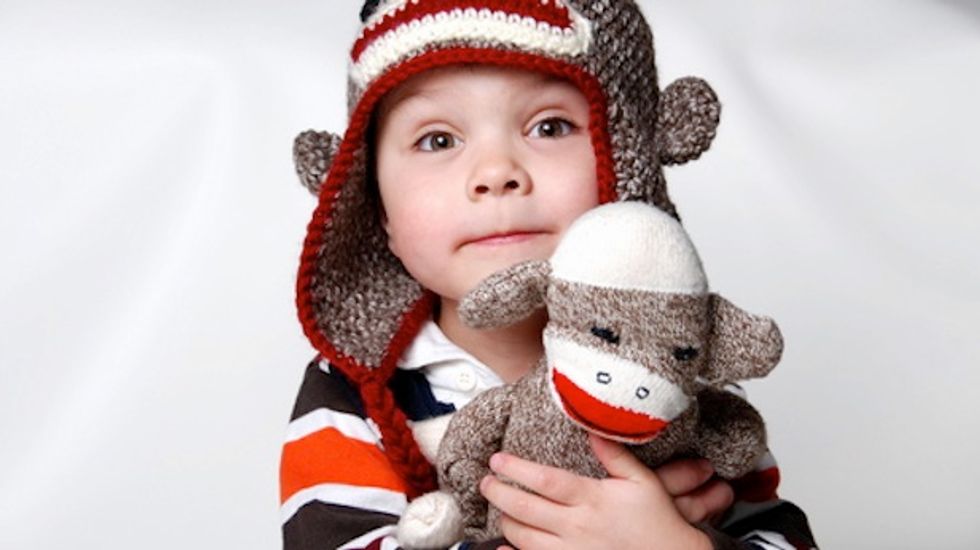 Airport security agents confiscated a toy pistol from a sock monkey based on a John Wayne’s character in “True Grit.”

Phyllis May, of Redmond, Wasington, said she and her husband were traveling from St. Louis to Seattle with some of her hand-made dolls and sewing supplies stowed in her carry-on bag.

The bag wasn’t returned right away after the couple went through the screening process, and May said a Transportation Security Administration agent held it up and asked whose bag it was.

Inside was a cowboy sock monkey, “Rooster Monkburn,” that she makes and sells as part of her small business.

The TSA agent searched the bag and found the 2-inch-long toy pistol, which gave her pause.

But the agent remained concerned.

The agent confiscated the monkey doll’s toy weapon and said she was required to call police.

“Rooster Monkburn has been disarmed, so I’m sure everyone on the plane was safe,” May said. “I understand she was doing her job but at some point doesn’t common sense prevail?”

May said the agent eventually decided not to call police and gave back her sewing supplies.

[Image: I'm a sock monkey too! 4-year-old with his favorite sock monkey via Shutterstock]