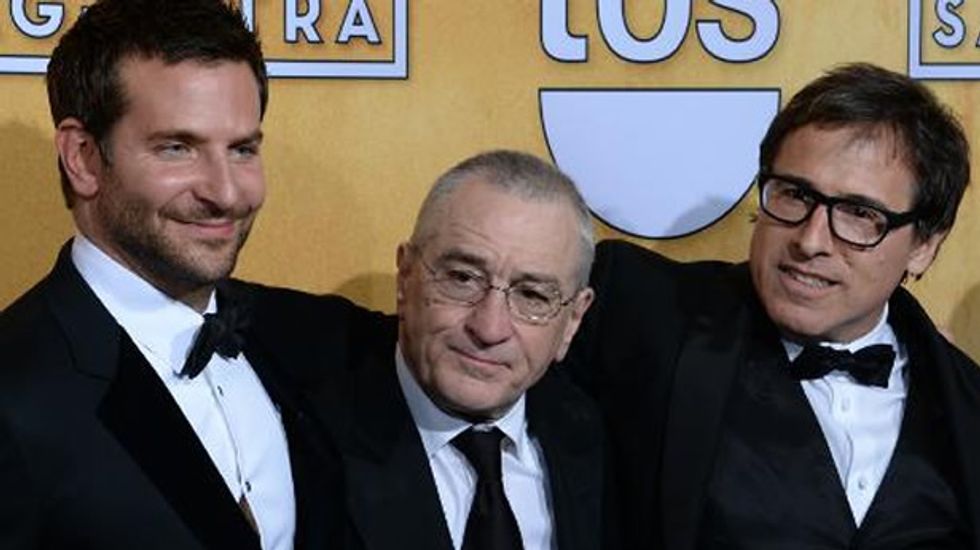 The SAGs, the latest show in Hollywood's annual awards season, are seen as one of the better indicators of prospects for the Academy Awards, Tinseltown's most coveted honors, which this year will be held on March 2.

"American Hustle," based on a 1970s FBI sting operation known as ABSCAM, topped the winners at last weekend's Golden Globes with three awards and has 10 Oscar nominations.

Blanchett is increasingly seen as the Oscar best actress frontrunner for playing a Manhattan socialite struggling to cope after her swindler husband kills himself and she is forced to go and live with her poor sister in San Francisco.

"For those who voted for me, I thank you, and for those who didn't, better luck next year," Blanchett said in her acceptance speech Saturday.

McConaughey also further boosted his Oscar hopes with his role in "Dallas Buyers Club," based on the true story of a homophobic rodeo hustler who gets HIV and becomes an activist for early anti-HIV drugs in the 1980s.