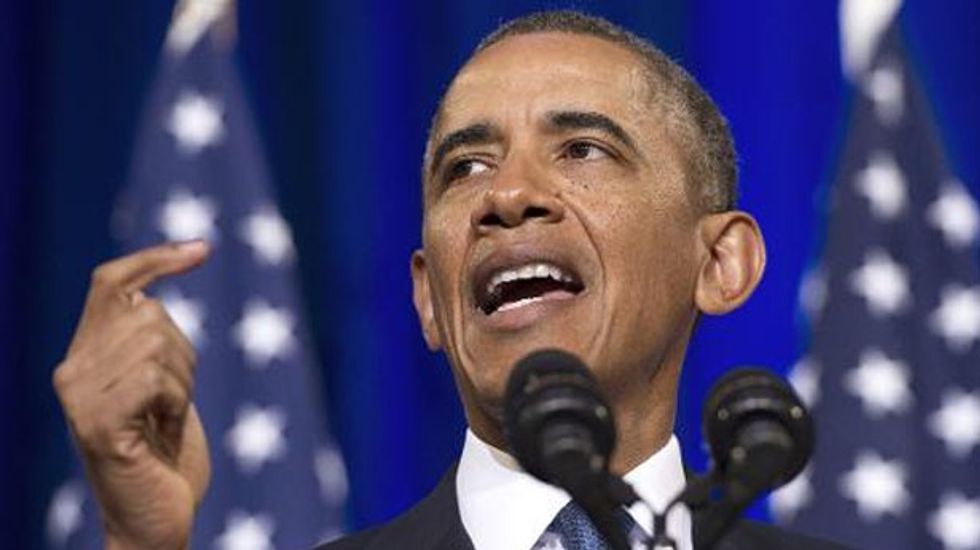 Reforms to US surveillance announced by President Barack Obama have failed to reassure most Americans, with three-quarters saying their privacy will not be be better protected under the changes, according to a new poll.

By a margin of 73-21 percent, Americans who followed Obama's speech last week on the National Security Agency say his proposals will not make much difference when it comes to safeguarding privacy rights, said the Pew Research Center/USA Today poll published on Tuesday.

The poll of 1,504 adults, carried out between Wednesday and Sunday, showed the speech was not widely followed by Americans and that skepticism of the NSA's electronic spying is growing.

The survey said half of those surveyed heard "nothing at all" about Obama's proposed measures and another 41 percent said they heard "only a little bit."

And fully seven in 10 poll respondents said they should not have to give up privacy to stay safe from potential terror attacks, the poll said.

A majority of 53 percent now disapprove of the NSA's collection of telephone and Internet data. In July, 50 percent approved and 44 percent disagreed with the surveillance program.

The shift in public opinion follows the explosive leak last June of NSA documents by former intelligence contractor Edward Snowden, who has sparked a global uproar over the US government's far-reaching surveillance.

Snowden faces espionage charges from US authorities over his leaks and has obtained temporary asylum in Russia, where he has said he has been vindicated by the public reaction to the disclosures.

However, 56 percent of Americans say the government should prosecute Snowden while 32 percent did not favor pursuing criminal charges.

In his speech last Friday, Obama said a third party -- not the government -- should hold vast stores of phone metadata, and that the NSA would need a court order to search the data except in genuine emergencies.

The US president also promised Washington would no longer eavesdrop on the leaders of friendly foreign governments and that a panel of independent lawyers should be allowed to argue in the interest of privacy rights before the secret court that oversees the NSA surveillance.

The poll found 79 percent of Americans were not worried that Obama's proposed reforms would undercut the government?s ability to fight terror groups.

The margin of error for the full survey was plus or minus three percentage points.