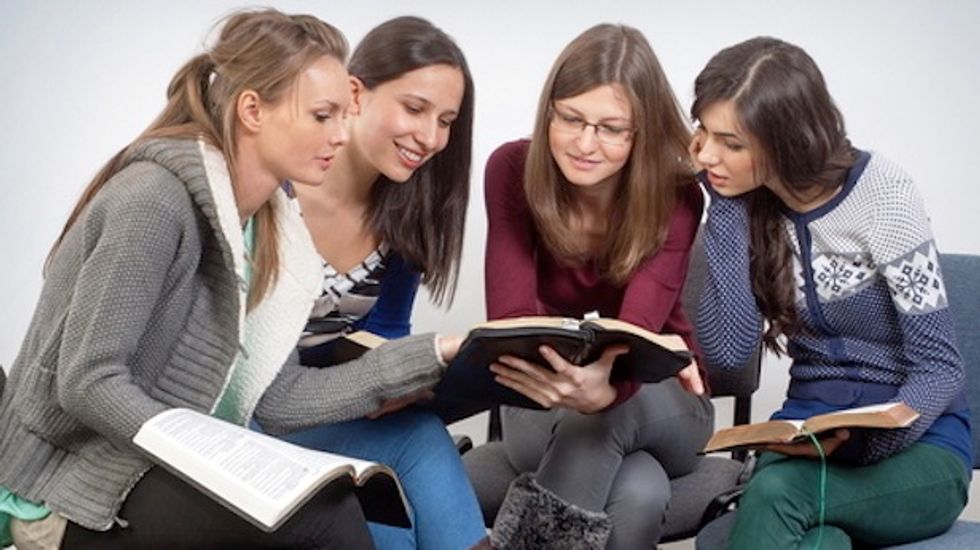 A religious advocacy group wants to know: Art thou an infidel?

The American Bible Society released its second annual survey Wednesday of the most Bible-friendly cities in America, issuing results that were specific, if not entirely surprising.

According to the study, the least Bible-minded U.S. city remains the adjacent metro areas of Providence, Rhode Island, and New Bedford, Massachusetts, retaining its top ranking from last year.

The group measured “Bible-mindedness” as a combination of how frequently poll respondents said they read the Bible and how accurate they believe it is.

The second-most godless city, according to the survey, was again the Albany-Schenectady-Troy, New York, metro area.

The San Francisco-Oakland-San Jose combined statistical area, the highest-ranking area outside the northeast, moved up two spots to No. 4.

The Cedar Rapids-Wateroo, Iowa, metropolitan statistical area, where many Muslim immigrants from Lebanon and Syria settled a century ago, ranked fifth in Bible-mindedness, up four spots from last year.

The group surveyed 46,274 adults in 100 markets, asking whether they had read the Bible outside of church or synagogue in the past seven days and whether they believed it was accurate.

A spokesman for the Fall River, Massachusetts, Diocese said the survey may exclude Catholics who go to Mass regularly and hear the scripture read there but don't study it at home.

"It's a lack of sophistication in the questioning I think," said Rev. Marc Bergeron, pastor of Our Lady of Fatima Church in New Bedford.

Not surprisingly, the most Bible-minded cities in America were all found in the so-called “Bible belt,” which generally overlaps the former Confederate states of America.

The survey found Chattanooga, Tennessee, to be the most Bible-minded city in the U.S., followed by the Birmingham-Anniston-Tuscaloosa, Alabama, area.

Springfield, Missouri, and Shreveport, Louisiana, rounded out the top five.

Bakersfield, California, was the highest-ranking city in Bible-mindedness that’s located well outside the Bible Belt region, coming in at No. 21, and Grand Rapids-Kalamazoo-Battle Creek, Michigan (No. 30), and Dayton, Ohio (No. 37), were the only other non-Bible Belt cities to make the top 40.

But simply reading the Bible isn't enough, said one Massachusetts rabbi -- it should spur followers to ethical action.