'Enough is enough': Rand Paul suggests cutting benefits for unwed mothers with too many kids 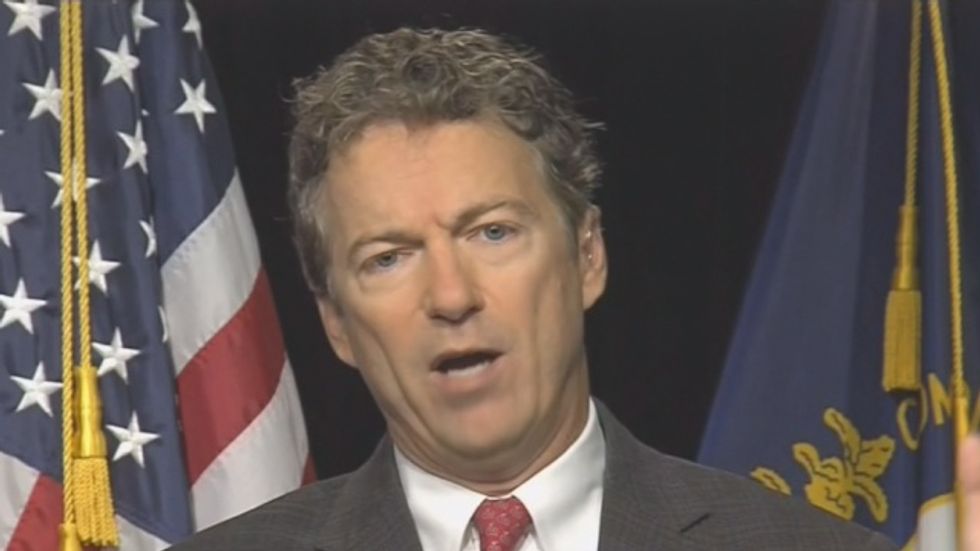 “Maybe we have to say 'enough's enough, you shouldn't be having kids after a certain amount,'” said Paul, who opposes legal abortion and has criticized the federal health care law’s contraception mandate as a violation of religious and economic liberty.

The likely 2016 presidential candidate made the remarks Thursday during a luncheon in Lexington, reported the Lexington Herald-Leader, in response to a question about workforce development.

He admitted the suggestion, which he did not directly endorse, might be unpopular and difficult to implement.

“I don't know how you do all that because then it's tough to tell a woman with four kids that she's got a fifth kid we're not going to give her any more money,” Paul said. “But we have to figure out how to get that message through because that is part of the answer. Some of that's not coming from government. It needs to come from ministers and people in the community and parents and grandparents to convince our kids to do something different."

The conservative senator said communities or families should be responsible for the prevention of unplanned or unwanted pregnancy, but he said government policies could discourage unwed mothers from having additional children.

"We should sell that message," Paul said. "Not in a mean way to tell people who already have made a bad decision, but if you've had one child and you're not married, you shouldn't have another one."

He said children should be strongly encouraged not to have children until they’re married, arguing that this would allow them entry into the middle class.

An aide to Paul declined to comment later Thursday when asked to clarify the senator’s remarks, but Paul himself offered an explanation Sunday morning on CNN's "State of the Union."

He conceded during the television program that "government can't do anything about this, (but) we shouldn't just give up."

"The community, ministers, pastors, parents, grandparents, we need to be saying -- and this is maybe one of the most important things we ought to be saying that doesn't have a specific policy prescription -- but we need to be telling our kids that poverty is linked to having children before you're married," Paul said. "The institution of marriage is incredibly important, not just as a religious institution but as an economic institution."

"It's not that I'm against children -- I come from a large family," he said. "In the right context, it can lead to a great life, but in the wrong context, it really can be a burden for those who aren't yet married."