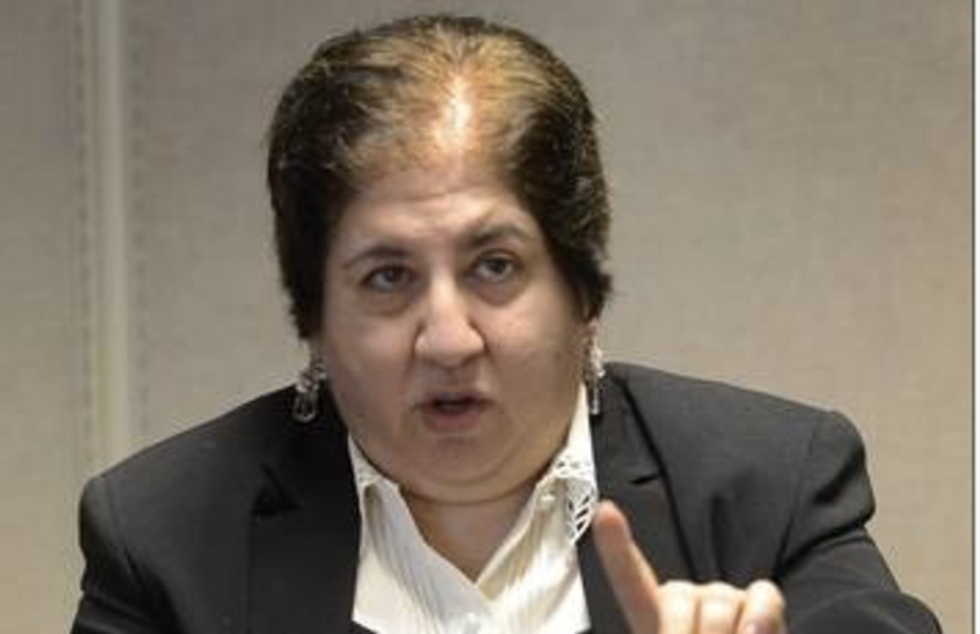 The Illinois Republican candidate who blamed LGBT people for autism and extreme weather events is reaching out to the community and soliciting their votes. Susanne Atanus, congressional candidate for Illinois' District 9 told LGBT newspaper the Windy City Times that the LGBT community needs her and that she needs them.

However, when the Times asked about statements Atanus made in an editorial endorsement meeting with the Chicago Daily Herald, the candidate stuck by her statements that God has sent autism, dementia, and extreme weather as punishments for increasing acceptance of same-sex marriage in this country.

"God is super angry," she said.

She contended that same-sex marriage offends the Lord on many levels, saying, "Gay marriage is not appropriate, and it doesn't look right, and it breeds AIDS."

Same-sex marriage and abortion, she said, are to blame for the recent successive blasts of super-cold air that recently froze Chicago and other parts of the country.

"Everybody knows that God controls the weather," she said.

Nonetheless, Atanus doesn't see why that should keep LGBT people from voting for her. She backs certain benefits for same-sex couples and believes that a booming economy will benefit everyone, regardless of their orientation. In a press release to the Times, she promised to "fix the economy with Common Sense Economics for Prosperity for All with daily positive returns on stocks so the l% will not get richer and richer. With more income, we will purchase more goods and services and this will create more jobs-the Greatest Economic Stimulus!"

She also hopes to remove the Constitutional separation of church and state.

"I believe that maybe there should be an amendment to get that out of the Constitution because God will never go away," she told the Times.

"You can tell the community that I called to reach out to them, that I need them, and they need me," she said.

LGBT activist Rick Garcia told ChicagoPride.com that his community isn't likely to flock to the voting booths to support Atanus. And after state Republican Party chairperson Jack Dorgan said, "Her candidacy is neither supported nor endorsed by the leaders of our party, and she should withdraw from the race immediately," Garcia doubts that many other people will, either.

"A bright spot is that the Republican party has disowned her," he said.

In her editorial meeting last week with the Daily Herald, Atanus and her fellow GOP primary hopeful David Earl Williams III explained their positions on various issues of the day.

“God is angry. We are provoking him with abortions and same-sex marriage and civil unions,” she said. “Same-sex activity is going to increase AIDS. If it’s in our military it will weaken our military. We need to respect God.”