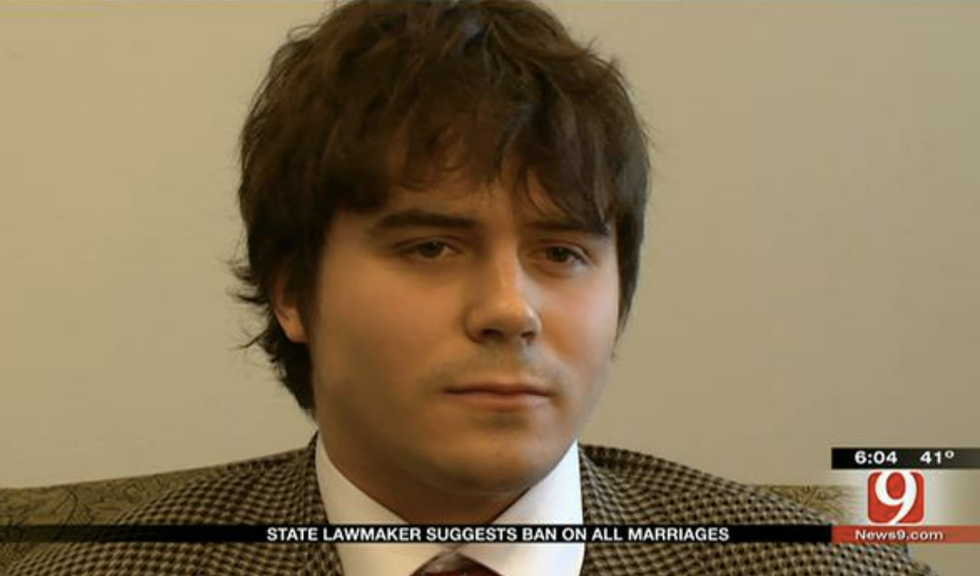 A Republican lawmaker in Oklahoma has proposed a controversial way to stopping same-sex marriages in the state. According to News9.com, state Rep. Mike Turner (R) has proposed scrapping marriage in the state altogether.

The lawmaker contends that it is the only way to keep same-sex marriage illegal in the state while still defending the U.S. Constitution.

"[My constituents are] willing to have that discussion about whether marriage needs to be regulated by the state at all," Turner told Channel 9.

Other lawmakers feel the same way, he said. They envision a state that doesn't recognize any marriages at all.

"That would definitely be a realistic opportunity, and it's something that would be part of the discussion," Turner said.

The Republicans currently have what is called a shell bill in the roster of bills on the state house floor. They can call the bill to the floor for debate or rewrite it at a moment's notice in order to respond to any rulings regarding the state's ban on same-sex marriage.

"I think that, especially with issues like this, [these lawmakers are] out of touch with most Oklahomans," he said.

The fuss in the state house, he said, is just political posturing. Never before, he said, has any state threatened to make all marriage illegal just to stop same-sex couples from marrying.

However, Kiesel told Channel 9 that the effort has the feel of a Hail Mary pass on the part of anti-LGBT Republicans that is likely to fail.

"Moving forward I think we'll see less efforts like this," he said.