One person dead, man in custody after shooter with rifle reported at Purdue Univ. 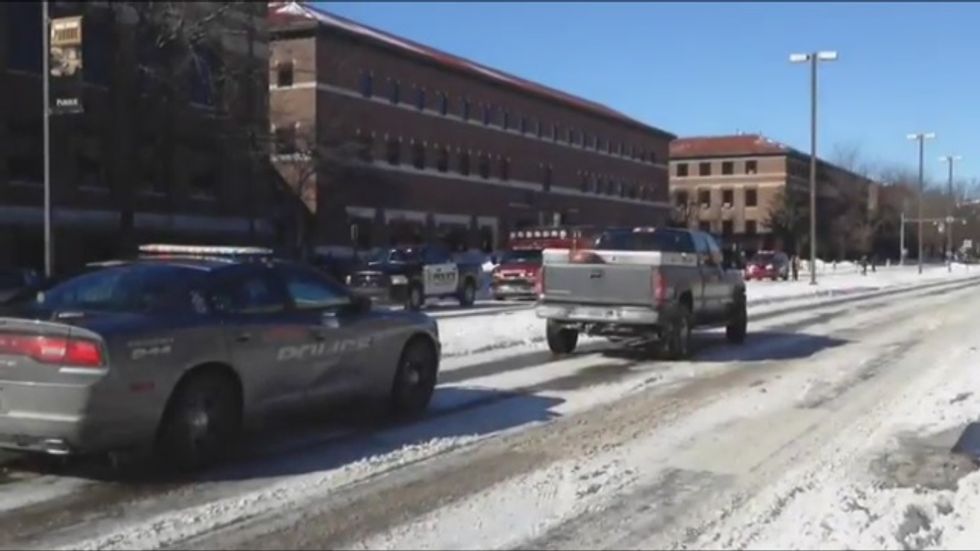 At least one person was in custody on Tuesday after reports of shots being fired at Purdue University in Indiana.

According to campus officials, the shooting occurred in the Electrical Engineering building and a shelter in place order was given at around 1:30 p.m.

Multiple tweets from Purdue students showed a light-skinned man with short hair carrying a rifle. An expert told Raw Story that the firearm appeared to be an AR-style rifle, but it was impossible to confirm if the images were authentic.

News crews captured video of a man being taken away in handcuffs. Another person was taken to a local hospital for medical attention, according to reports.

University officials had planned to provide more information at a 2:30 p.m. news conference.

Update (2:55 p.m. ET): Police confirmed that there was at least one male fatality. Purdue Police Chief John Cox said that the shooter appeared to have targeted the victim.

Guns Raw Exclusives Whoa!
Report typos and corrections to: corrections@rawstory.com.
Like this article ? Text `Support` to 50123 to donate.
READ COMMENTS - JOIN THE DISCUSSION