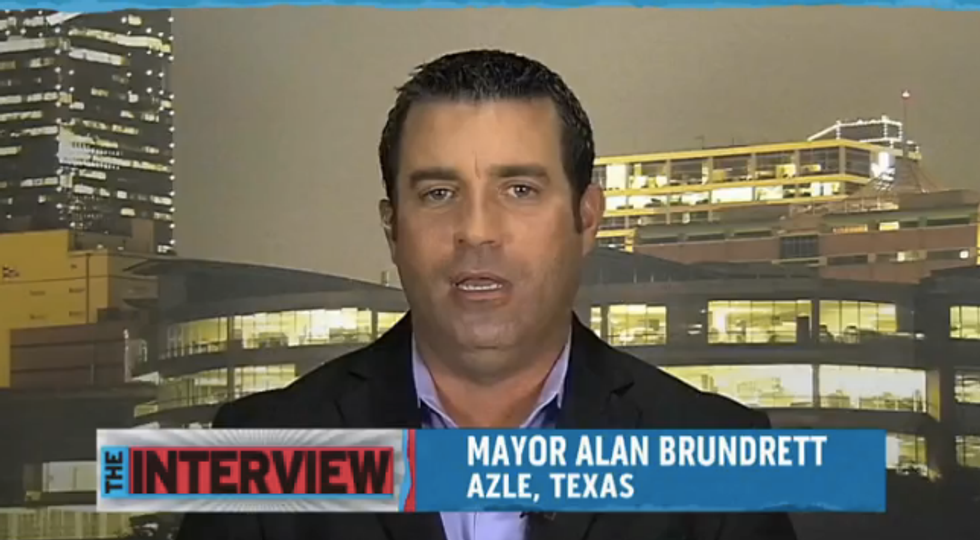 In the segment below from Thursday night's "Rachel Maddow Show," Maddow told the story of a Texas town shaken by a series of earthquakes. Now, geological evidence is indicating that the natural gas mining technique hydraulic fracturing -- also known as "fracking" -- may be to blame.

Over the past year, a number of rail car accidents involving crude oil have dumped hundreds of thousands of gallons of oil into neighborhoods, rivers and woodlands. Proponents of pipelines have capitalized on the accidents as an occasion to champion their method of moving crude oil from where it is drilled to where it is processed.

"Undercutting that argument, of course," Maddow said, "is the mind-numbing number of pipeline spills that have also soiled big swathes of the country recently."

Trans-Canada, the oil company that wants to build the continent-spanning Keystone-XL pipeline, opened the southern segment of that project on Thursday. A group called Texas Pipeline Watch opened its doors as well. The group is dedicated to tracking problems and safety issues associated with the oil pipeline.

Azle, Texas, located west of Ft. Worth, has recently begun to experience earthquakes for the first time in the town's history. They started in November, with a small 2.6 magnitude temblor. It was a small quake, but for a town with no history of earthquakes, it was alarming to inhabitants.

Another quake followed the next day. Then, two more that night. Something was clearly amiss in the earth underneath Azle and it has only gotten worse since then.

The quakes have been centered around two fracking injection wells, which residents and experts now believe may be responsible for the quakes. Citizens of Azle traveled to the state capital in Austin to see what they could find out from the state government.

Maddow welcomed Azle Mayor Alan Brundrett, who said that even though the state has been "noncommittal" as to the cause of the quakes, "We definitely need to get the wells shut down. Any common sense person that looks at the research dating back to the 1960s can see that injection wells can cause earthquakes."