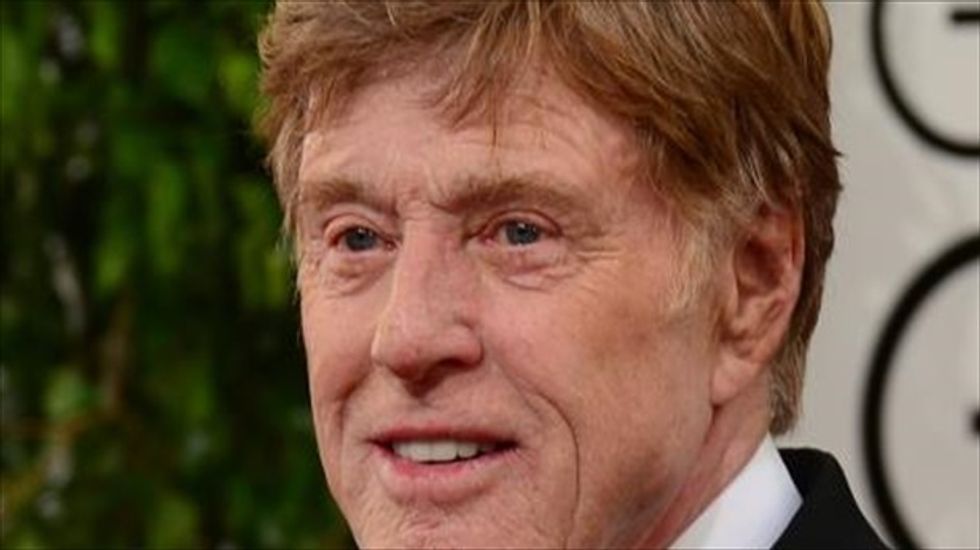 Actor and director Robert Redford arrives on the red carpet for the Golden Globe awards on Jan. 12, 2014 in Beverly Hills, California [AFP]

Veteran US actor Robert Redford said Thursday he was not upset by failing to win an Oscar nomination, but said the distributors of his latest film did not campaign fully for it.

The "Butch Cassidy and the Sundance Kid" icon had been hotly tipped to secure a best actor nod for shipwreck film "All is Lost," but was not included in the Academy Award nominations announced in Beverly Hills.

Speaking at the Sundance Film Festival hours after the Oscars announcement, Redford said he was proud of his latest work, an almost speech-free film about a sailor battling for survival after being shipwrecked at sea.

"It was so stripped down of elements that are in most films... It was for me more of a pure cinematic experience. I love that. ... I'm very happy about that film," he told the festival's opening press conference.

But he continued: "Hollywood is what it is, it's a business and so when these films go to be voted on, usually they're heavily dependent on campaigns that the distributors provide. There's a lot of campaigning that goes on, and it can get very political but that's ok because it is a business.

"In our case, I think we suffered from little to no distribution. And so as a result, our distributors -- I don't know why, they didn't want to spend the money, they were afraid, they were just incapable, I don't know."

He added: "Would it have been wonderful to be nominated? Of course, but .. I'm not disturbed by it, I'm not upset by it because, like I said, it's a business."

Redford did not identify who he was talking about, but the industry journal Variety said his comments were aimed at Lionsgate, the movie company behind blockbusters like the "Hunger Games" franchise.

A spokesman for the Santa Monica, California-based company declined to comment when asked about Redford's remarks.