Sean Hannity: I can drink two beers and not feel anything, so pot is more dangerous 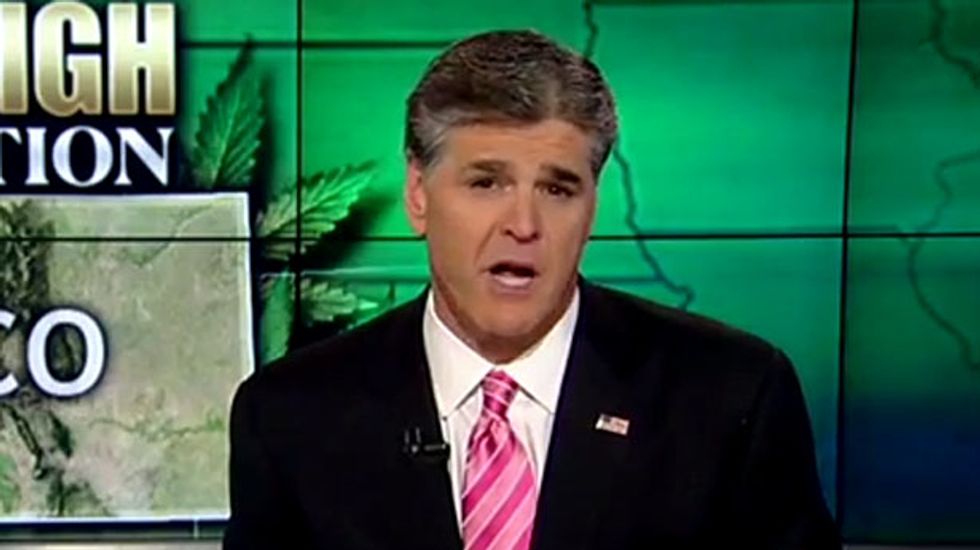 On his show Thursday night, Fox News host Sean Hannity asserted that the harms of marijuana shouldn't be compared to alcohol because you can drink a beer and not "get high."

"I'm not sure if I agree with the dangers because when you smoke pot you get high," he remarked in an interview with Rep. Jared Polis (D-CO). "Do you drink beer? I drink beer."

"Alright, I can drink a beer or two and I don't really feel anything, right?" Hannity said. "But you can't smoke a joint and not feel something."

Polis pointed out that alcohol was associated with deaths from overdoses and accidents, while the same wasn't true for cannabis.

"You didn't answer my question," Hannity responded. "I said you can drink a beer and you cannot get high. If you smoke pot, you will get high."

"But if you smoke any marijuana, you're going to get high," Hannity shot back.

The Fox News host concluded that the legalization of marijuana would "open a door" because marijuana is a "gateway drug."

Watch video below.
Whoa!
Report typos and corrections to: corrections@rawstory.com.
Like this article ? Text `Support` to 50123 to donate.
READ COMMENTS - JOIN THE DISCUSSION