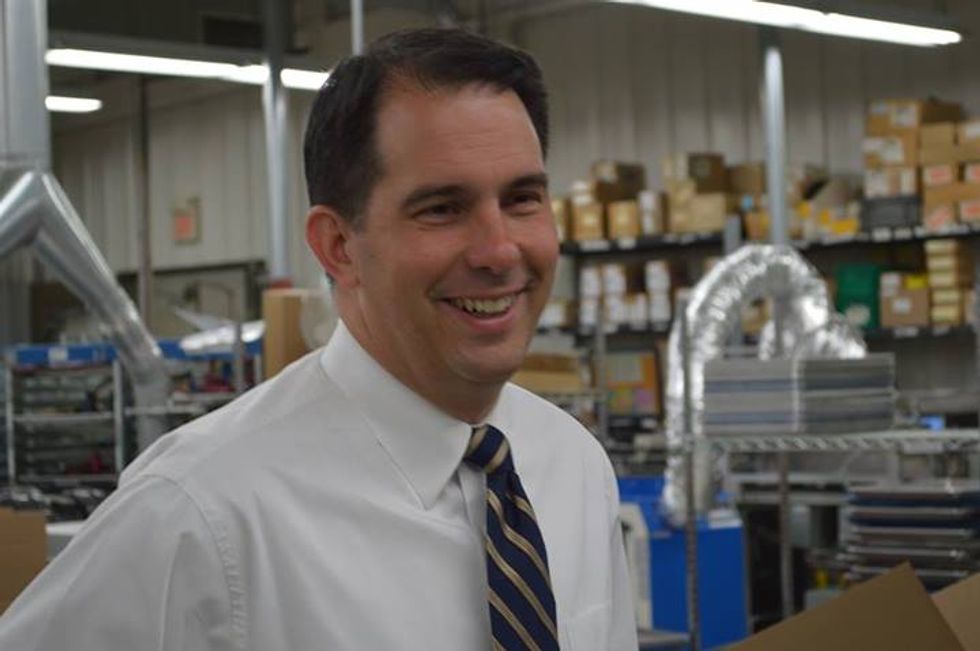 A pair of Republican legislators in Wisconsin are circulating a draft of a bill that would allow a 7-day work week for the state's workers. According to the Stephen Points Journal newspaper, the two lawmakers are floating the bill on behalf of the state's largest anti-union business lobby, Wisconsin Manufacturers and Commerce.

The bill is a "slap in the face" to the state's public labor unions, which lost most of their power when Gov. Scott Walker (R) stripped them of their ability to bargain collectively in 2011. It was proposed by state Sens. Glenn Grothman (R) of West Bend and Mark Born (R) of Beaver Dam.

“Even God said rest on the seventh day,” protested David Reardon, secretary-treasurer for Teamsters Local 662.“I would hate to see that Republican bill pass. Some employers would really take advantage of that.”

Republicans say that the bill will expand workers' opportunities to make money by working unconventional hours. They promise that the 7-day work week will increase productivity in the state and stimulate revenue.

Opponents of the law say that employers would likely use the law as a means of erasing the weekend and forcing employees to work longer hours without rest.

Essentially, the Republican bill would strike down a current law that says all Wisconsin factories and retail stores must give workers at least 24 hours in a row off every seven days.

Conservatives say that workers will only have to forego their rest days if they volunteer, but the law's opponents argue that businesses could create environments that are hostile to workers who insist on their rights. Workers who take their mandated rest days could be skipped over for promotion, denied privileges allowed to workers who work a 7-day week or could see sharp reductions in their schedules until they no longer have enough hours to make ends meet, financially.

Wisconsin Manufacturers and Commerce said that it conceived of the law when it noted that the federal government does not have a rule mandating that workers receive a certain number of hours off per work cycle.

Lawmakers Grothman and Born told reporters from the Journal that they had heard from a diverse array of businesses that support the 7-day work week, but when asked to provide examples, they were only able to provide the names of groups belonging to the Wisconsin Manufacturers and Commerce network.

“Here’s an opportunity for folks to work together to get things done in a positive way for the employer and the employee,” Born said. “It just seems like a win all the way around.”

Rep. Cory Mason, D-Racine told the Journal that the new law would be "a slap in the face to ordinary working folks in Wisconsin.”

“Workers fought long and hard for a 40-hour work week and the weekend,” said Mason. “People deserve at least a day off a week. It’s a legal protection for a reason.”