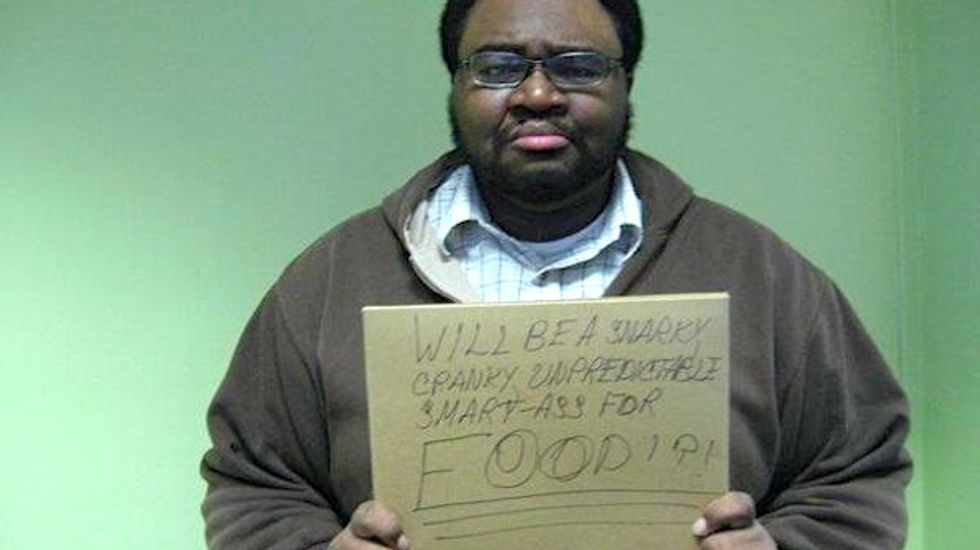 An unemployed journalist who asked for money to help avoid being kicked out of his apartment got the help he needed – and then some.

Craig D. Lindsey, who was laid off in 2011 from his job as a staff writer for the Raleigh News and Observer and has been unable to find work since, set up a page on the crowdfunding site Indiegogo to help raise the money he needed.

“To be honest, (I’m) just looking for enough money to pay my rent so I can be current on that end,” Lindsey said. “I'm looking for at least $900, so I can turn it over to my landlord's ‘enforcer’ by the end of the week. If you can help me out with this, there are several perks that I have for those who donate a hefty sum. But, really, any little bit helps.”

Lindsey offered some of his movie memorabilia and advance screener films to donors who gave $25 or more in the fundraiser, which started Tuesday and ends Friday.

A link to the fundraiser was shared on social media, and Lindsey exceeded his goal within two hours. As of Wednesday evening, he’d raised more than $3,900.

“You can stop sending money,” Lindsey said. “If you want to donate, that’s fine, but really -- I’m straight. Not only do I have enough to pay off the two months’ rent, but I can pay off the next two months. Honestly, I wish I could shut the thing down, but it’s apparently going to continue until it’s finally finished on Friday.”

Lindsey said he was overwhelmed by the outpouring of support, saying he thought it would take four days just to raise the $900 he needed.

“Well, this has been the most faith-in-humanity-restoring day of my whole existence,” Lindsey tweeted Tuesday night.

Well, this has been the most faith-in-humanity-restoring day of my whole existence.

He said he planned to settle the debt to his landlord and pay off some other bills, and Lindsey thanked his donors and assured them he wouldn’t buy anything more frivolous than a new pair of Converse All-Stars.

“There are several things I’ve learned during this whole thing,” Lindsey said. “For one, I’ve learned that people aren’t awful. As I just recently told a mentor on the phone, ‘People just gave me $3,000 – I can’t say the world sucks anymore.’”

For the first time in my life, I'm actually enthusiastic to say -- HAPPY NEW YEAR!!!