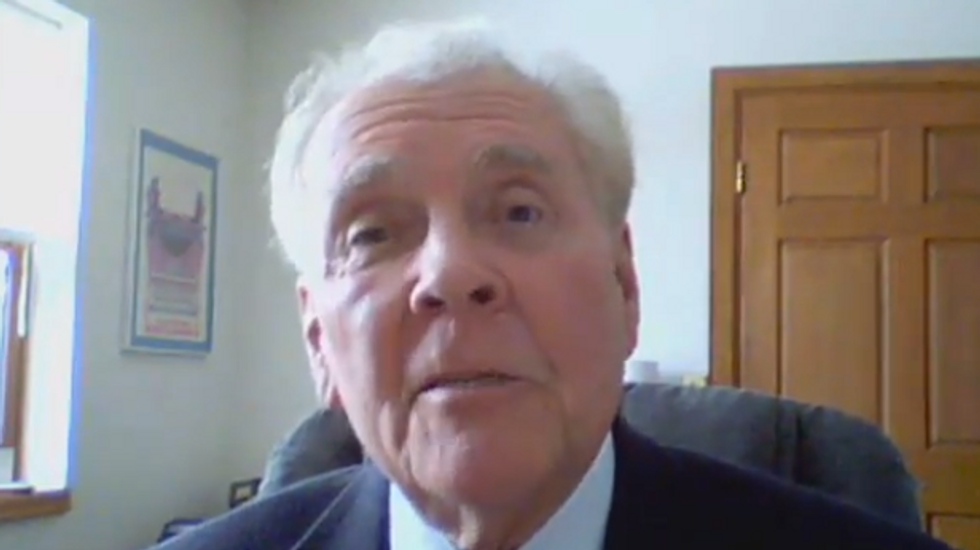 The chairman of the Family Research Institute suggested the death penalty may be appropriate for sexually active LGBT people.

Dr. Paul Cameron discussed his views Tuesday on The David Pakman Show about the recent anti-homosexuality laws passed in Uganda.

“I’m not advocating the death penalty,” Cameron said. “I’m saying I’m open to it, depending on what the legislature of a given country decides.”

But he willingly provided his reasoning for why he might support putting LGBT people to death.

“One must understand those who act on their homosexual desires or interests usually end up being parasites on society, and parasites that are very dangerous for society, not only because they take far more than they contribute to society, but they particularly injure children,” Cameron said.

He claimed many societies have decreed the death penalty for “homosexual molestation or rape,” although he still refused to offer his full support.

“I have no particular, nor my colleagues, any particular stance on this except to say this is not an unreasonable thing, especially as we consider, as we’re looking right now, at news reports all across the world regarding those with homosexual interests in children have done to children,” Cameron said.

He then made a rather baffling claim.

“Some have molested, raped – however you wish to put it – 20 or more kids,” he said, smiling. “I would say once you go beyond two or three or four, that’s pretty severe.”