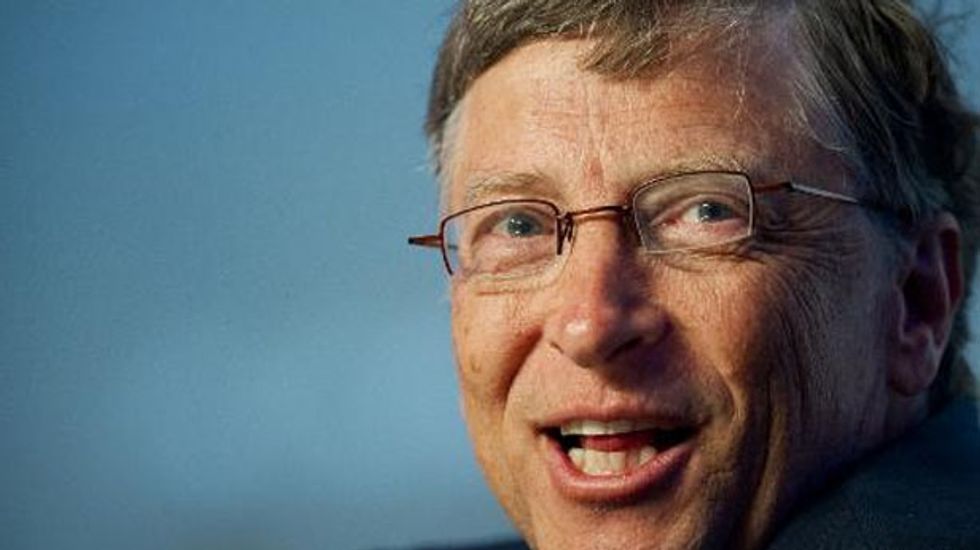 As a geeky-looking teenager, he started in a garage and created the world's biggest software company. He then became the world's richest man and the world's most prominent philanthropist.

Bill Gates is now back in a hands-on role at Microsoft, the company he co-founded in 1975, which has been losing ground against rivals in the new tech landscape.

In a shake-up announced Tuesday, Gates, 58, assumes a new title -- a board member who is "founder and technology advisor," while giving up the role of chairman, while Indian-born Satya Nadella, 46, becomes Microsoft's third CEO.

It represents a new chapter for Gates, who left as CEO in 2000 as he handed the company reins to Steve Ballmer to devote more time to his charitable foundation. In 2008 he stepped away further from day-to-day operations.

"I'm thrilled that Satya has asked me to step up," Gates said Tuesday of his new role, adding that "I'll have over a third of my time available" to work with Microsoft on various products.

Born October, 28, 1955, William H. Gates grew up in Seattle with two sisters. His father William was an attorney and his late mother Mary was a schoolteacher and chairwoman of United Way International.

Gates was a 13-year-old student when he began programming computers. He fell in love with the machines and school officials tapped into his programming prowess, swapping computer time for his services.

Among the tales told about Gates is that while working on school computers, he tinkered with programming to put him in classes made up mostly of girls.

Gates met Ballmer while the two were students at Harvard University. With the blessing of his parents, he left college after two years to start "Micro-soft" with his childhood friend Paul Allen.

Gates has said that a chip released by Intel convinced him the time was right for a software company.

The duo got the rights to computer software, modified it and rechristened it Microsoft Disk Operating System (MS-DOS). A key move by Gates was to focus on licensing software to computer makers in numerous "partnerships" that resulted in affordable machines being available to the masses.

As the PC market grew, Microsoft became not just the world's top software company but the biggest company by value. Its virtual monopoly led to a much-publicized antitrust trial, in which the company managed to avert a break-up ordered by one judge, but had to endure years of government monitoring.

Gates turned his attention from software to fighting disease and other ills around the world with his wife, under the auspices of the Bill and Melinda Gates Foundation.

The charity has disbursed more than $28 billion for causes including fighting malaria, helping small coffee farmers and for college scholarships.

Even while Microsoft has floundered in recent years against the likes of Google and Apple, Gates's fortune has not suffered. He remains near the top of the world's richest with net worth estimated by Forbes magazine at some $72 billion.

Gates has also funded other ventures including Corbis, a huge digital archive of art and photography from public and private collections around the globe.

He is also a member of the board of directors of Berkshire Hathaway, headed by Warren Buffett. Gates has accepted Buffett's challenge to wealthy individuals, pledging to give at least half their fortunes to charity.

Gates was married on January 1, 1994, to Melinda French and they have three children. His Microsoft biography notes he is "an avid reader, and enjoys playing golf, tennis and bridge."