British teen's 1914 diary from Paris brought to life on Twitter 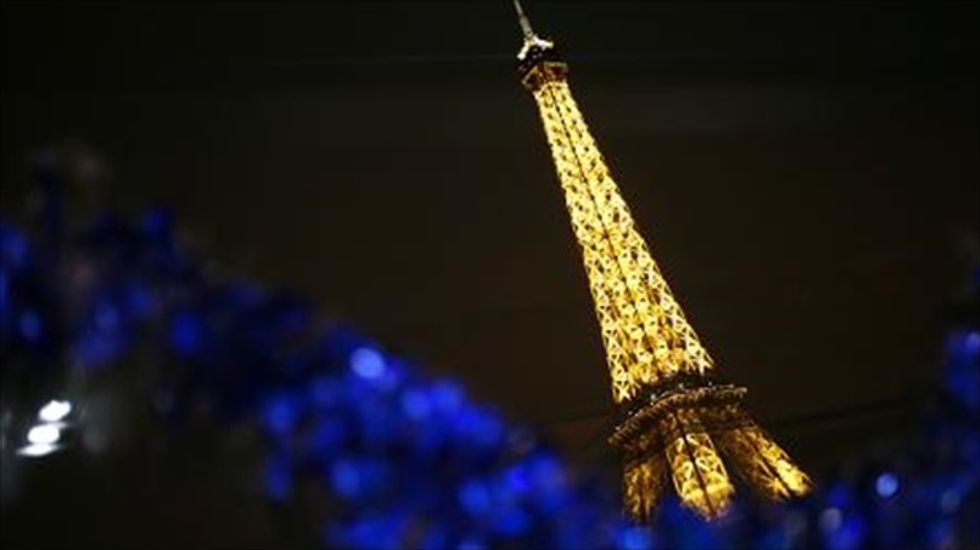 But the story of Olive Higgins, told through the diary she wrote as she set off to school in Paris in January 1914, is no ordinary one.

Blog readers and over 1,400 Twitter followers have been reading her diary online since New Year's Day, released in daily extracts by London-based British journalist and writer Rob McGibbon, who was given Olive's diary in 2001 by an antiques dealer.

After just six weeks of entries, however, Olive's voice suddenly falls silent on Wednesday. The teenager became too unwell to write, and eventually died on February 25, 1914.

The realization that Olive was buried in a cemetery just a few hundred yards from where McGibbon was born, the same cemetery he used to look out over from his grandfather's house, triggered his interest. From that moment, he was hooked.

"It really was a stunning moment of surreal connection that absolutely convinced me that this was a providential gift, that this was a heaven-sent gift if you like," said McGibbon. "It was such a coincidence, such a weird strong connection."

Consumed by Olive's tale, McGibbon spent time and savings trying to produce a work on the diary, researching in Paris for months at a time.

"From the moment I got the diary it became a complete obsession. Within a few weeks I'd found the grave, I'd found her homes, I abandoned all my work to just focus on that."

After a series of rejections from publishers, McGibbon shelved the project until it dawned on him that 2014 would mark the 100th anniversary of Olive's death.

He decided to let Olive's voice tell her own story to the world, determining that social media would be an apt forum for the teenager's words, and renouncing his hopes for a book.

"I have definitely felt the sadness of hearing Olive's voice again and ... there's been a sadness for me to revisit all the work that came to nothing. But equally, it feels like there is a resolution and that feels good," said McGibbon.

Besides the geographical connections with Olive, McGibbon said he had a great deal in common with the young school girl, including diaries he himself wrote while at boarding school.

Olive's entries give an honest account of her daily, often humdrum, life in the convent school L'Institut de Notre-Dame-des-Champs, with feelings of homesickness and upset sprinkled with an adolescent's unfiltered impressions of Paris in the waning days of the Belle Epoque.

Of the elegant department store Galeries Lafayette, Olive remarks that it is "very nice, better if a millionaire."

After a visit to the Louvre where she sees the Mona Lisa, Olive describes her "very ordinary smile + unintelligent expression" on her "vacant looking head."

Olive eventually dies in the convent in Paris on Ash Wednesday, which for McGibbon made the story one about faith, including his own faith to stick with the story.

He added that if a lesson can be drawn from Olive's tale, it is a reminder of the fragility of life. The cause of her death has not yet been revealed.

"We all are aware that life is fragile but when you read someone's diary knowing it is going to be their last days, I don't know if anything can be more poignant," he said.

Olive's silence following her last diary entry will be filled with the words of McGibbon, who said his revelation of the details of her final days will "break your heart."

Olive's diary can be found on the blog at http://www.olivesdiary1914.com/