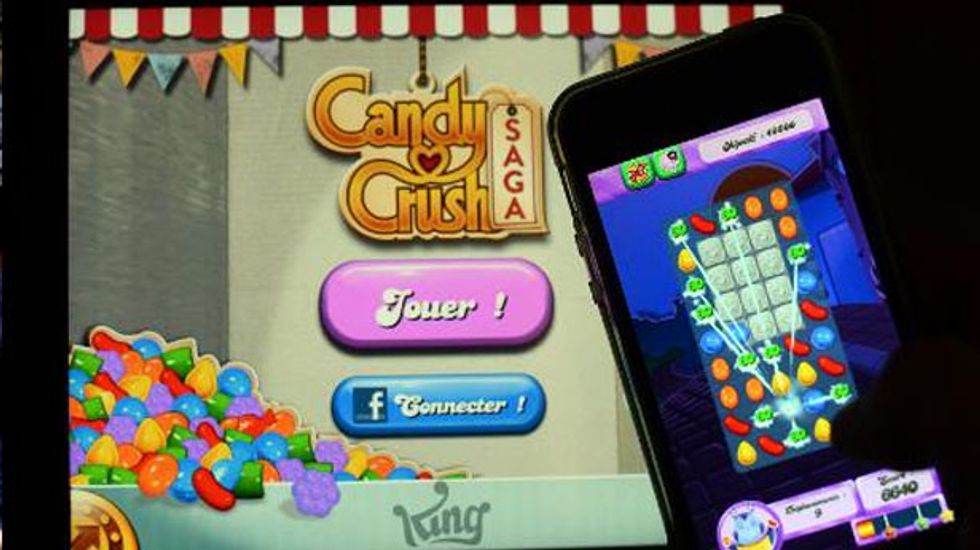 The developer behind the wildly-addictive Candy Crush puzzle game said on Tuesday it is seeking a listing on the New York Stock Exchange.

Millions of commuters, teenagers -- even pensioners -- clock in daily to test their skills at the game, which involves lining up tiny pieces of coloured sweets to make them vanish from the screen of a computer or mobile phone.

King Digital Entertainment said it had asked the US Securities and Exchange Commission regulatory body for a listing.

"King intends to list its ordinary shares on the New York Stock Exchange under the ticker symbol "KING," the firm said in a statement.

"The number of shares to be offered and the price range for the offering have not yet been determined."

Candy Crush -- King's top-selling game -- launched in 2012 and can be played online, on Facebook and on smartphones.

The highly-addictive game is free, but players can pay for in-app extras to help them pass up its more than 500 levels.

The game records some 700 million sessions a day and racks up daily sales of $850,000 (630,000 euros), according to the IDATE digital research and consultancy firm.

King Digital has come under fire for trademarking the word "Candy" in the European Union and has filed for a similar trademark in the United States.

Its chief executive Riccardo Zacconi defended the move last month, saying it was merely to stop copycats cashing in on Candy Crush's success.

King Digital, which did not provide any financial details, has six creative studios across Europe and has offices in Malta and San Francisco.

It claims to have 324 million monthly unique users for 180 games in 14 languages, available through its King.com website but also on mobile platforms run by Apple, Google and Amazon, and on Facebook.