Fear Factor host destroys Ann Coulter: 'Can you not just be a right-wing f*cking chatterbox?' 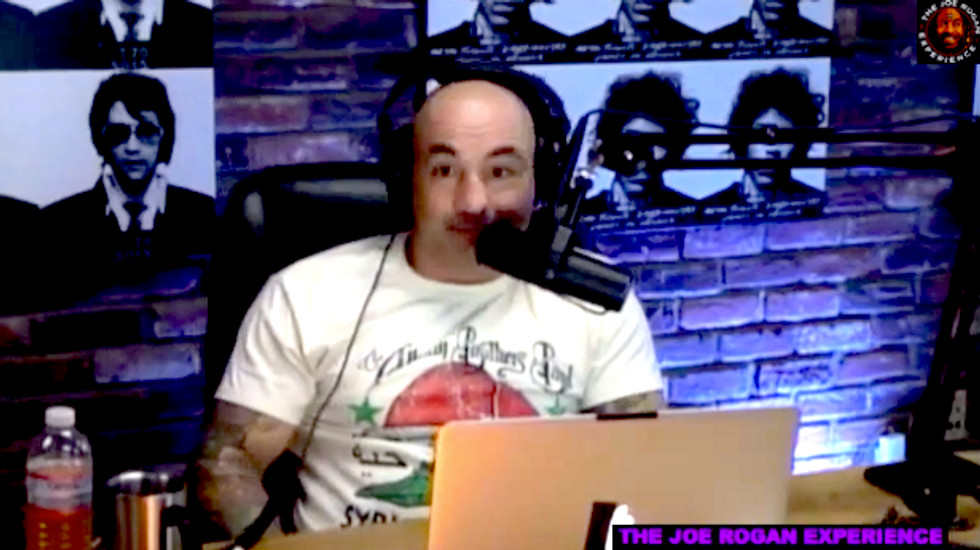 He played a clip of Coulter during an appearance on CNN’s "Piers Morgan Live," where she claimed the sole purpose of using marijuana was to get high – unlike alcohol.

“Yeah, I drink whiskey for the taste,” said Rogan, questioning Coulter’s mental stability. “Imagine if they came up with alcohol-free whiskey and sold it in those big Arnold Palmer lemonade cans.”

Rogan agreed when Morgan suggested that “everybody drinks alcohol to get slightly higher than they start drinking” – but Coulter did not.

“People enjoy wine, they drink wine for purposes – they buy $800 bottles of wine, perhaps you have a warm feeling [but] you can tell if somebody’s been smoking pot,” she said. “Their eyes are red, they giggle at everything, and by the way they’re incapable of carrying on the normal functions of life.”

“I do jujitsu while high, I do comedy while I’m high, I’m doing this podcast high, I do almost every radio show I ever do high,” he said. “The normal functions of life? Like what? I go to the movies high all the time, go to dinner high all the time. Like, what is she talking about?”

His producer, Brian Redban, suggested that Coulter may be dating a man who smokes pot, and Rogan started riffing.

“She’s dating a guy who’s willing to tolerate her, so just imagine what a f*cking idiot he’s going to be,” Rogan said. “‘Oh, he couldn’t function.’ Well, Jesus Christ, it was probably paralytic just being around your f*cking sh*tbag personality. Imagine that, imagine that woman – that’s your girlfriend.”

Rogan suggested that Internet trolls had largely rendered Coulter obsolete, and he urged her to change up her act to remain relevant.

“Stop being a silly bitch, like, you know, have a nuanced point of view,” he said. “Can you do that? Can you not just be a right-wing f*cking chatterbox?”