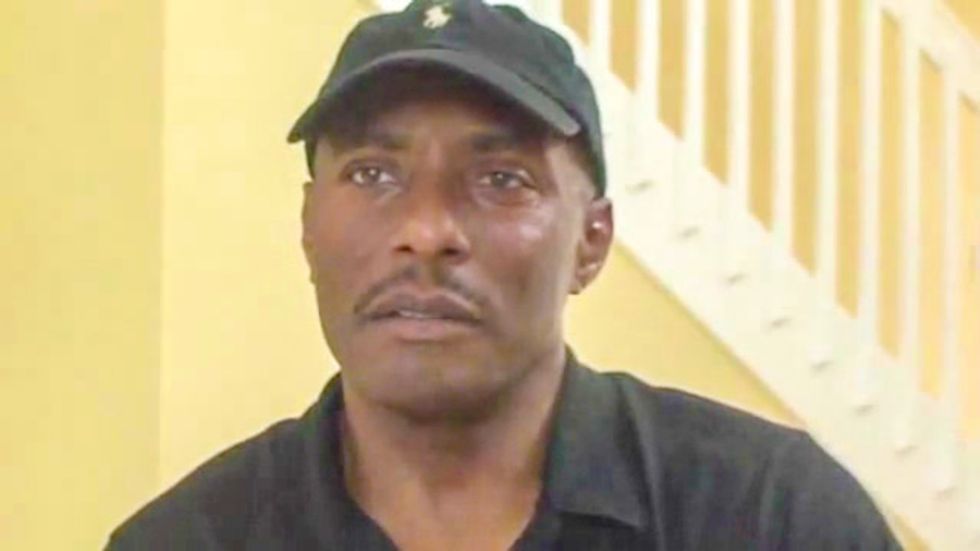 A Florida man has moved into a home owned by his former attorney after being ripped off, and left to rot in jail.

Patrick Coulton told WFOR that he was forced to accept a 15-year plea deal after being arrested for drug conspiracy charges in 2008. His attorneys, Peter Mayas and Emmanuel Roy, vowed to get his punishment reduced.

Instead, they abandoned him, and took off with the last $275,000 in cash and belongings that Coulton owned.

Miami attorney Paul Petruzzi helped Coulton get out of prison, and get his life back on track.

"Guys like them are the reason people hate lawyers," Petruzzi told the Sun-Sentinel. "They took everything from him and his family... I took it personally because this is what I do for a living. Lawyers are supposed to help people."

Petruzzi was able to get the sentence cut in half, and he discovered that the case should have never cost Coulton more than $50,000.

After years of hearings, U.S. Magistrate Judge William Turnoff ruled that neither Roy or Mayas ever had permission to work in South Florida Federal Court. Turnoff said that the attorneys' conduct was the "most outrageous" he had seen in 25 years as a judge.

Roy and Mayas took a town home, Porsche Cayenne, jewelry and a gold medal that Coulton had gotten from the Vatican. Roy even made Coulton pay for him to fly to England so he could personally remove a $23,000 wedding ring from the finger of Coulton's then-wife.

A second judge eventually ruled that Roy and Mayas must repay Coulton the $275,000, plus another $100,000 to cover Petruzzi's fees.

Roy was sentenced to seven years in prison in an unrelated mortgage fraud case, which he began serving in January. Coulton is now getting settled in Mayas' three-bedroom Miramar home.

"Even though they threw me under the bus, there's a certain sense of unease about acquiring a house in this fashion," Coulton noted. "I almost feel sorry for them."