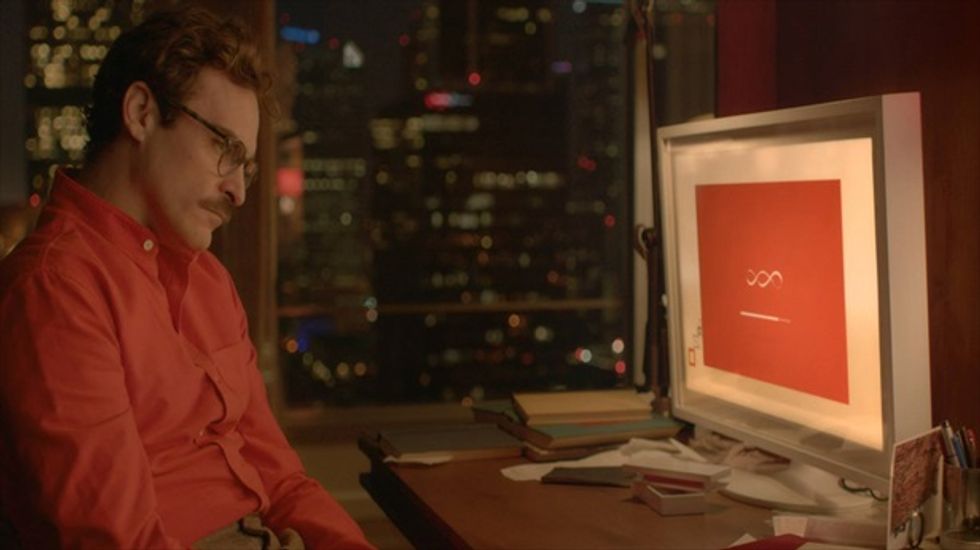 Google's director of engineering, Ray Kurzweil, predicts that the AI dating depicted in the Oscar-nominated film "Her" might be possible by 2029

It might just be music to the ears of lovelorn geeks prepared to wait another 15 years to meet the love of their lives: a prominent futurologist has claimed that AI girlfriends (and presumably boyfriends) like the one played by Scarlett Johansson in the Oscar-nominated film Her could become a reality by 2029.

Ray Kurzweil, an inventor and Google's director of engineering makes the claim in a review of Spike Jonze's much-praised sci-fi romance. In a post on his website, Kurzweil delivered a generally positive verdict on the film, which stars Joaquin Phoenix as a man called Theodore who falls in love with his operating system, Samantha, before moving on to its technological implications.

"I would place some of the elements in Jonze's depiction at around 2020 ... such as the diffident and insulting video game character he interacts with and the pin-sized cameras that one can place like a freckle on one's face," wrote Kurzweil. "Other elements seem more like 2014, such as the flat-panel displays, notebooks and mobile devices.

"Samantha herself I would place at 2029, when the leap to human-level AI would be reasonably believable," he continued.

Kurzweil does not end there: "A lot of the dramatic tension is provided by the fact that Theodore's love interest does not have a body. But this is an unrealistic notion. It would be technically trivial in the future to provide her a virtual visual presence to match her virtual auditory presence, using lens-mounted displays, for example, that display images onto Theodore's retinas.

Kurzweil says that artificial intelligence may be able to provide a virtual body with a tactile sense. "These will soon be feasible, and will certainly be completely convincing by the time an AI of the level of Samantha is feasible."

While Her has received widespread praise, it has not been without criticism. Newsnight presenter Emily Maitlis labelled Jonze's film a "sad male fetish fantasy" following an awkward TV interview with the American director last week.

"OK. Now I can tell you what I thought of #her. Sad, male fetish fantasy of disembodied female who does his bidding," Maitlis tweeted. "Like Lost in Translation for mood but nowhere near as good."

The film is nominated for five Oscars, including best picture and best original screenplay (for Jonze). The film was released in UK cinemas on 14 February.

[Image: Scene from the film, "Her," via official Facebook page]