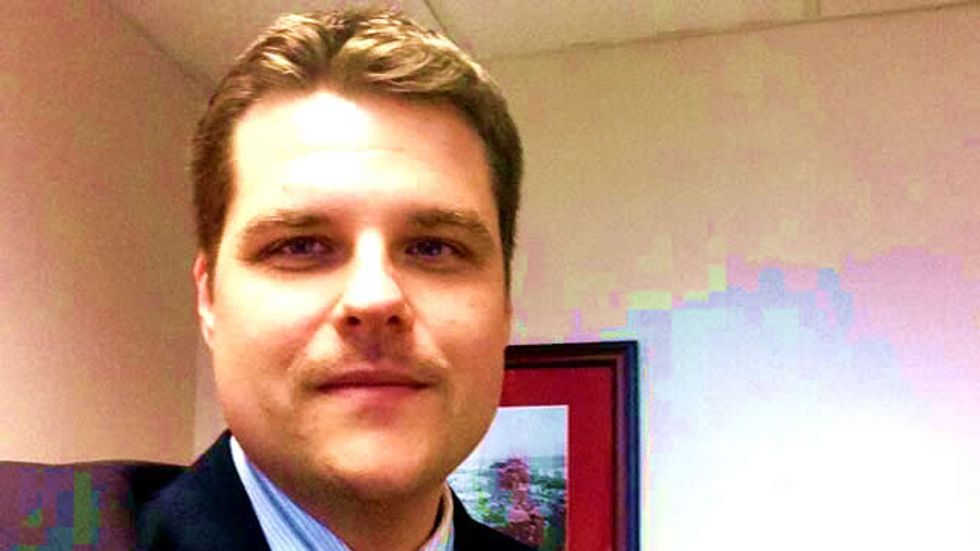 Republican Florida state Rep. Matt Gaetz told CNN on Monday that his state's so-called Stand Your Ground law was working for African-Americans even though he thought it had been wrongly used to find Michael Dunn not guilty of murdering 17-year-old Jordan Davis.

Gaetz added that African-Americans were benefiting from the law because they "have asserted the Stand Your Ground defense more than any other racial or ethnic group. And, by volume, African-Americans have been more successful at asserting the Stand Your Ground defense than any other group. I'm of the belief that if someone's attacked, they shouldn't have the duty to retreat."

Costello seemed shocked that the Florida Republican refused to accept that there could be a problem with the law after so many controversial cases.

"I think the law is good as it is," Gaetz insisted. "Now, had I been on the Dunn jury with the evidence I saw, I probably would have voted to convict."

"But you don't think, in part, [the reason] the jury couldn't come to a conclusion on that charge had anything to do with Florida's Stand Your Ground law?" Costello pressed.

Gaetz asserted that the verdicts were not a result of the Stand Your Ground law.

"Michael Dunn is going to spend the rest of his life in jail, and that is a good thing," he declared, referring to Dunn's three convictions for attempted second-degree murder.

"But not, at this point, for killing Jordan Davis," Costello concluded.