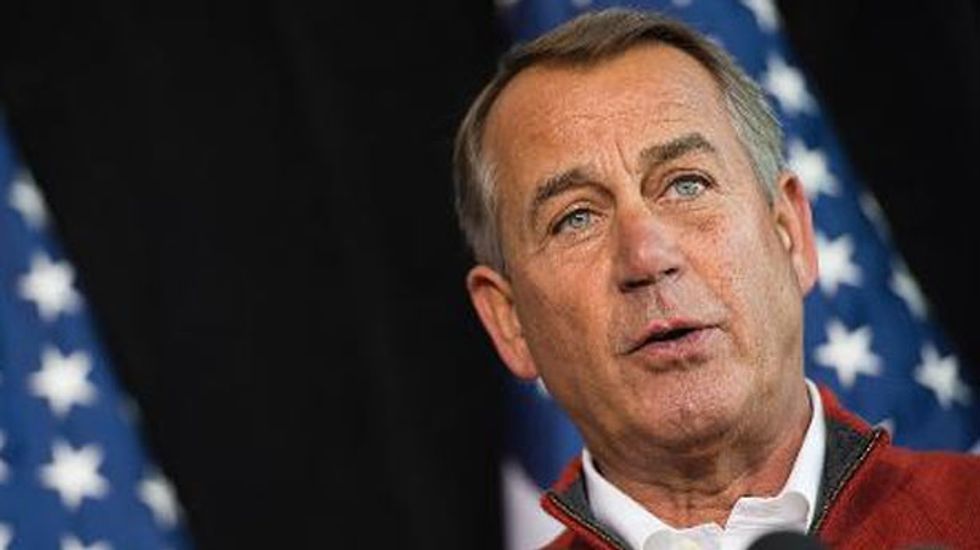 House Speaker John Boehner Thursday threw cold water on the prospects of near-term immigration reform, saying President Barack Obama needed to rebuild "trust" before there is movement on the issue.

"I have never underestimated the difficulty in moving forward this year," the top Republican in Congress told reporters one week after unveiling a set of immigration reform principles aimed at legalizing the millions of people living in the shadows in the United States.

Boehner said he and many Republicans bristled at Obama's announcement in last month's State of the Union address that he will skirt Congress and wield his executive authority to move on some issues like economic disparity.

Obama's pledge to increase his use of executive prerogative was only "feeding more distrust" of the administration, and immigration reform will stall until that rift is healed, Boehner said.

"There is widespread doubt about whether this administration can be trusted to enforce our laws, and it's going to be difficult to move any immigration legislation until that changes."

The speaker said he has been pushing for reform for the past 15 months, and that the issue "needs to be dealt with."

But he stressed that Obama, who strongly backed last year's Senate bill that laid out a 14-year pathway to citizenship for many of the more than 11 million people now in the country illegally, needed to engage more with Republicans on some of their priorities, including jobs and training bills that have stalled in the Democratic-run Senate.

"Understand something: the president is asking us to move one of the biggest bills of his presidency, and yet he has shown very little willingness to work with us on the smallest of things."

Last year the Senate passed a landmark bipartisan bill that laid out the most comprehensive immigration reform in a generation, including an overhaul of the guest worker program, tighter entry-exit monitoring, and improved border security.

But Boehner and his House Republicans rejected it, saying they would tackle the issue in smaller, more manageable pieces.

House Republicans have indicated there is debate within the party about immigration reform timing.

They must decide whether to move forward this year and risk an internal fight before November's congressional elections, or postpone the debate until next year and the run up to the 2016 presidential race, when Republicans will seek to win over Hispanic voters who have predominantly voted Democratic.