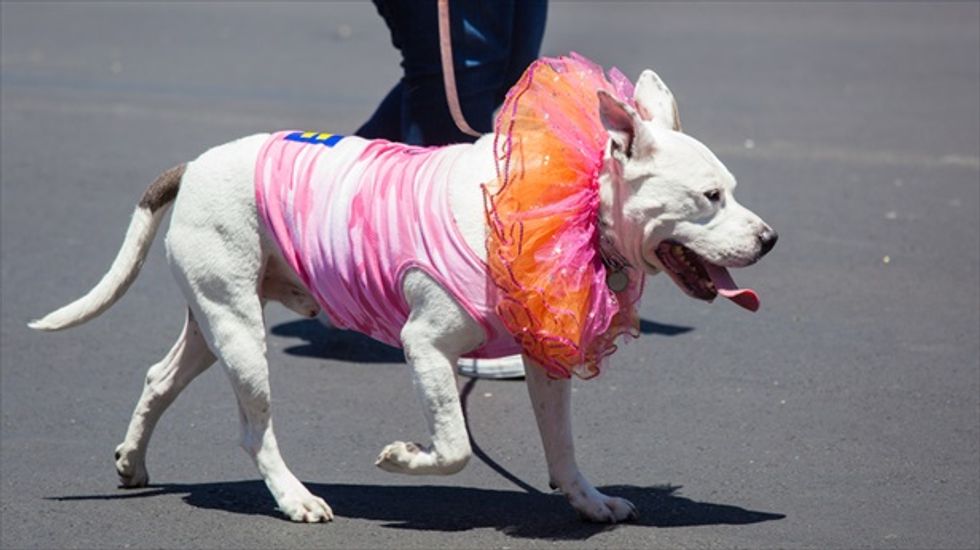 So a few days ago we were talking to a Google employee, and the subject couldn't be avoided. The press coverage of the "Google Bus" has been everywhere in recent months, and the employee admitted to us that it was pretty embarrassing, even for the people who take the buses to work.

You've probably heard about the controversy, even if you don't live in the Bay Area: Several Silicon Valley businesses provide employees free bus service from San Francisco to their campuses south of the city, a commute that takes about an hour each way. Google is only one of the companies that provide the service -- Apple, Facebook, Yahoo, and Genentech also run shuttles -- but "Google Bus" has come to stand for all of the large, luxury vehicles transporting employees south to their jobs every day.

Some of the bus riders have admitted that they wouldn't live in San Francisco if they didn't have the free service to take them to their jobs. Not only does it save them the costs of a vehicle, they can also use the time stuck in traffic to plug into the on-board wifi and get things done.

The buses are reviled by San Franciscans who say the well-paid employees are driving up rents in a city that's already among the most expensive in the country. (The bus riders tend to be about 30, childless, and make about $100,000 a year). And worse, the buses for years have used city bus stops illegally, but are never ticketed for it.

The employee we were talking to had heard all of it, of course. But then the employee looked at us sheepishly and said we hadn't really heard the worst of it.

It wasn't well known outside Google, we were told, but there were even special buses for the employees who like to take their dogs with them to work.

"We call it the Google dog bus," the employee told us.

After our conversation, we went right for, well, Google, and the only reference to dogs on the Google bus we found was a 2007 New York Times story which mentioned that the buses had room for dogs. But nothing about a particular vehicle set aside for dogs and their owners.

We fired off an e-mail to Google's media office, asking for a comment about what the employee had told us. But more than a week later, we've had no reply.

We also contacted someone we knew had kept a close eye on the buses -- Joseph Mayton, who writes for Occupy.com, and has led Occupy's coverage of the issue.

Joseph said he hadn't heard about a Google dog bus, but he was so intrigued by the idea, this week he went to a bus stop to interview Google employees about it on our behalf.

On Friday morning, Joseph says he spoke individually to 16 Google employees who were standing around at 18th Street and Dolores Street in the city, waiting for the bus.

"Every one of them said the company does run it, and they all actually called it the 'Google dog bus'," Joseph told us.

Joseph told us he's determined to stake out bus stops until he actually spots the elusive vehicle, and can photograph dog owners getting on or off.

Being pooch-lovers, we can certainly sympathize with tech workers who want to keep their animal companions with them as they code. But we can also understand how so many San Franciscans have come to see in the Google bus a symbol of corporate privilege that enables the wealthy to get away with behavior that average folks could never even entertain. Bowing to pressure, the city last month came up with an agreement that asked the tech companies to pay a nominal amount -- one dollar per stop for each vehicle -- which hardly makes up for years of lawbreaking that calls for a $271 fine every time they used a city stop. (And now, that agreement is on hold, but it's hard to imagine any tickets getting written.)

When Google's dogs are riding to work in air-conditioned comfort, might Silicon Valley's companies have mixed up their priorities?

[Image: "Dressed Up Dog At Gay Pride Parade" via Shutterstock]

'Extreme heat belt' to cover middle of US by 2053: report

An area of intensely warm weather -- a so-called "extreme heat belt" -- with at least one day per year in which the heat index hits 125 Fahrenheit (52C), is expected to cover a US region home to more than 100 million people by the year 2053, according to a new study.

The research, carried out by nonprofit First Street Foundation, used a peer-reviewed model built with public and third-party data to estimate heat risk at what they called a "hyper-local" scale of 30 square meters.

Former President Donald Trump posted a late-night tirade on his Truth Social media platform where he demanded that the United States Department of Justice release the unredacted affidavit related to last week's search of his Mar-a-Lago resort.

Trump began the post by falsely accusing the DOJ of sending "a very large number of gun toting FBI Agents" to Mar-a-Lago to conduct an "unannounced RAID," despite the fact that none of the agents who conducted the search were armed.